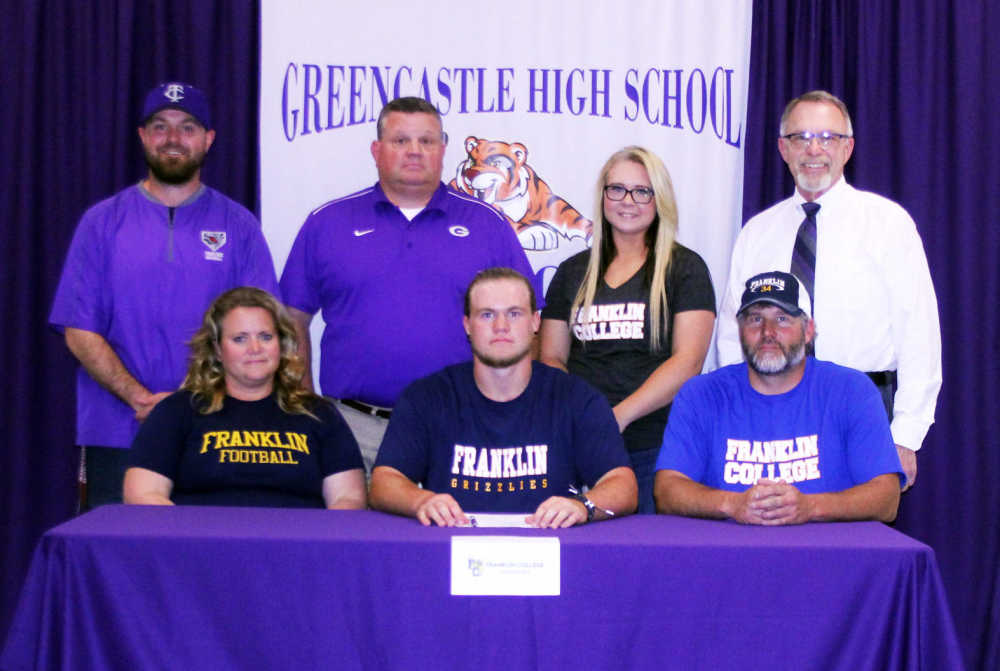 He played tight end on offense, linebacker on defense and also served as the team’s punter.

Franklin College hopes Scanland can help its program as much as he did the Tiger Cubs, and signed the 6-0, 192-pounder to a letter of intent earlier this month. 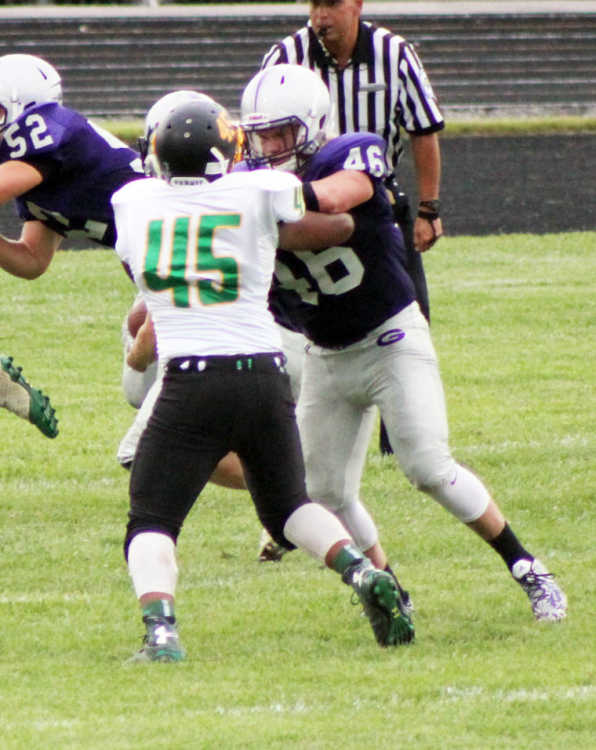 Jackie Scanland (46) holds a block during action last fall to open a hole for a teammate.
Banner Graphic/JOEY BENNETT
Order this photo

Last year, the Grizzlies led the nation in scoring among Division III teams and had eight all-conference players.

“The coach [Mike Leonard] asked me which side of the ball I wanted to be on,” Scanland said. “I told him I’d like to play tight end and do my thing.

“If I’m good enough, I’ll stay there, and if not then I can go to the other side of the line.”

Defensively, he ranked fourth on the team in tackles with 56 (34 solos) and had one quarterback sack and one interception.

He also averaged 31.6 yards per punt.

“Jackie was an important leader on last year’s football team,” GHS head coach Mike Meyer said. “His strong commitment to improvement will pay dividends at the next level. We congratulate the Scanland family, and wish Jackie well as he moves forward in this next chapter of life.

Scanland hopes to also be able to join the Grizzlies’ baseball team next spring.

“I haven’t really talked to their coach, “ Scanland said. “I’ll do whatever they need me to do. I think I can play third base and pitch a little bit — whatever I can do to help the team.”

Scanland batted .295 this year with two doubles, one triple and eight RBI. He scored 10 runs.

“Jackie is a great young man and has been an absolute pleasure coaching these past few years,” GHS baseball coach Ben Wells said. “Jackie is a hard worker and a great player, and there is no doubt that he will be successful in his endeavors at Franklin College.”

Scanland plans to major in business.