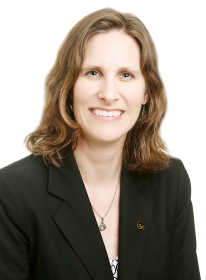 Her experience includes 15 years in banking and eight years in branch management with banks in Gainesville, Fla.

She is a registered NMLS (Nationwide Mortgage Licensing System) agent and a 1999 graduate of DePauw University with a bachelor’s degree in economics.

In Florida, she served as a volunteer for the Boys and Girls Club of Alachua County and the Alachua County Humane Society and she was affiliated with the Queen of Peace Parish, Catholic Community, Gainesville.

Monnett, her husband Scott and their three daughters recently relocated from Gainesville to Greencastle, which is her hometown.

She is the daughter of Ken and Joyce Heeke of Greencastle. 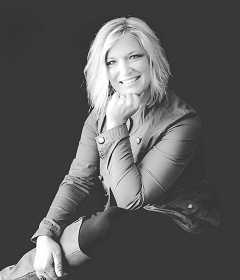 WESLEY W. WILSON, coordinator of archives and special collections at DePauw University in Greencastle, is the 2017 recipient of the Sister M. Claude Lane, O.P., Memorial Award given by the Society of American Archivists (SAA) in conjunction with the Society of Southwest Archivists. 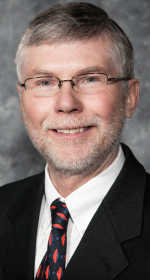 The award will be presented at a ceremony during the SAA Annual Meeting in Portland, Ore., July 23–29. The award honors an archivist who has made a significant contribution to the field of religious archives.

Since he first became the coordinator for DePauw’s archives in 1984, Wilson has worked diligently to preserve and share the records of the United Methodist church in Indiana. He has held leadership roles in the SAA Archivists of Religious Collections Section, Midwest Archives Conference, and Society of Indiana Archivists, and is a founding member of the Indiana United Methodist Historical Society.

Wilson’s leadership extends to the archival community through his various publications, classes and presentations on topics related to archival work in religious archives. Wilson’s spirit of sharing and dedication to the preservation of church records are evident in his legacy of progress seen in DePauw’s archives.

One supporter wrote, “DePauw’s archives are top rate in terms of their content, organization, staffing, and management. Wilson has developed a priceless resource for the DePauw community.”

Another supporter noted, “Wilson is an exemplary professional whose accomplishments with the Archives at DePauw University in the national field of archival service have won him wide respect and admiration.”

Created in 1974, the award is funded by the Society of Southwest Archivists and honors Sister M. Claude Lane, O.P., a Dominican nun who was the first professionally trained archivist at the Catholic Archives of Texas in Austin.

LEZLEY WASS, a realtor with Greene Realty in Roachdale, has hit a goal that very few agents ever hit, having sold more than $1 millions of real estate in her first six months. 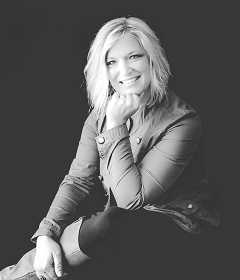 In an industry in which 85 percent of new agents drop out within two yeas, Wass’s accomplishment stands out.

“We are very blessed to have such a dedicated, hard working agent on our team,” Greene said. “Lezley is a lot of fun to work with and is passionate about her clients and this business.”

“From Poland to Cloverdale to Ninevah to Trafalgar to Nashville, this lovely lady helped me search through it all,” client Mandy M. said, “and I can now kiss renting goodbye because I bought a house.”

“Selling our home would not have been possible if it weren’t for Lezley Wass,” Josh P. said. “To say that she is amazing would be an absolute understatement. She is a tremendous asset. I could not be more pleased.”

Located at 201 N. Indiana St., Roachdale, Greene Realty can be reached at 522-1220 or found online at www.greenerealty.net.