Barker enjoys state experience, hopes to build upon it 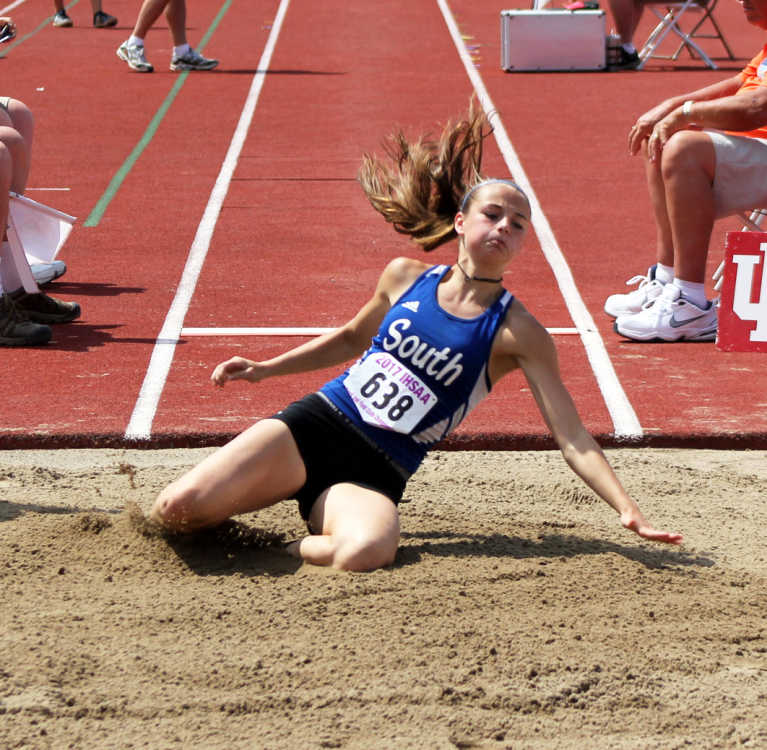 BLOOMINGTON – South Putnam’s Aubrey Barker did not reach the finals of the long jump at the IHSAA girls’ track and field state finals on Saturday, finishing 19th overall.

But Barker feels the experience was beneficial to her, and the versatile sophomore hopes to be able to use it in order to return to the state finals and wind up on the medal stand someday.

“It wasn’t really what I was striving for, but I’ll take it,” she said. “Today I’m just very fortunate to be here. I definitely learned things from coach [Brandon] Welti, and some things from the other girls I was talking to out there. I had a whole lot of fun being here.”

Barker’s first of three preliminary round jumps to qualify for the finals went 16 feet, 8.75 inches, not quite as far as her regional championship distance of 17-2.25. She scratched on her second attempt, and her third attempt was 15-11.50.

The eventual winning distance was 19-1 by Roncalli’s Paige Saylor.

“There were a lot of people with 18 feet or more,” Barker said. “Sometimes your surroundings can get the best of you. It’s really hard to adapt to a new layout, especially with all the talented people who are here.”

Barker plays a lot of summer basketball for a team in central Illinois, but will continue to hone her long jumping skills at the same time.

“I’m in Illinois all the time,” she said. “They have a really nice track over there, so I’ll work out while I’m over there. I will just be constantly working out, lifting and running to get better.”