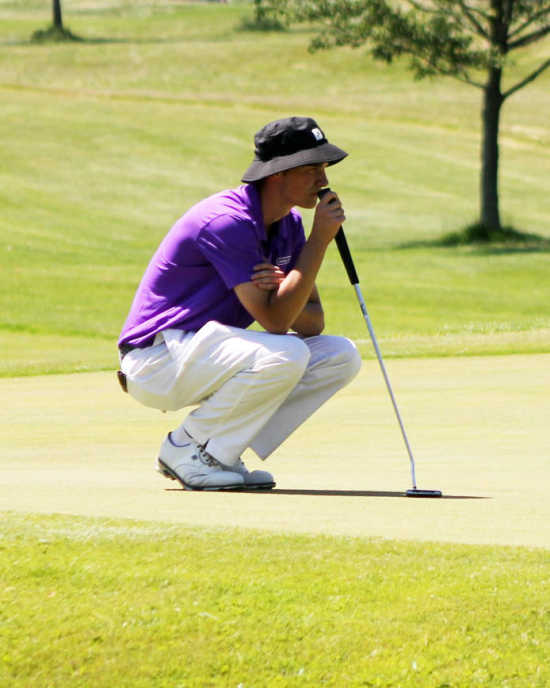 Greencastle will compete in the Washington Regional boys’ golf tournament on Thursday, looking to qualify for its ninth appearance in the IHSAA state finals.

If you can’t remember the last one it’s excusable, since the year was 1941.

The Tiger Cubs were dominant in Indiana high school golf in the period between the Great Depression and World War II, appearing in the state finals eight times (1932 and 1935-41).

Coach Steve Paquin is taking his team of five underclassmen to Washington today for a practice round, and the Tiger Cubs will tee off at 9:20 a.m. on Thursday morning.

Juniors Jake Bennett and Blaise Hasty are the elder statesmen of the team, joined by sophomore Jaxon Parmley and freshmen Conner Taylor and Kyle Tesmer.

Bennett and Hasty each shot an 80 to lead Tiger Cubs to their second straight sectional win at Attica on Friday.

The Tiger Cubs will be competing with the top three teams from the Evansville Mater Dei, Indianapolis Crispus Attucks, Linton-Stockton, Martinsville and Vincennes Lincoln sectionals.

The top three individuals not on advancing teams will also be competing in the regional.

The top three regional teams will advance to next week’s state finals, plus the top five low individuals (excluding those individuals who advance with a team).

Evansville North, which finished seventh in the state meet last year, enters the regional with the best sectional score (289) after winning the Evansville Mater Dei Sectional.

All teams and players who will be competing are:

• Clovers finish 10th — At Martinsville, Cloverdale participated in the Martinsville Sectional at Fox Cliff on Monday and placed 10th.

Tyler Harrison paced the Clovers with a 96, while Zach Nichols and Zarek Wellington each shot a 98, Wyatt Helterbrand had a 119 and Jason Miller shot a 127.

“We got off to a very rough start, and it was a real struggle,” Cloverdale coach Doug Wokoun said. “Zarek and Tyler were able to get some control back before the first nine ended, but it was downhill for the others. They both played much better in the second nine, but the damage was done.”

Wokoun thought Nichols had a “very uncharacteristic start,” but rebounded on the second nine very nicely.

“After he settled in, he played much more as he had most of the season,” Wokoun said. “Wyatt had a decent first nine, but struggled on the second nine. Jason never found any rhythm in his round, and although he hit some good shots, it was offset by penalties and erratic play.

“Tyler probably had his best effort in terms of putting some things together, and had a pretty solid stretch on the second nine.”

Wokoun felt the concerns he has had for his team’s problem areas during the regular season continued into the sectional.

“Putting together consistent play has been our downfall all season,” he said. “Even though we did some good things through the tournament, there was not much consistency.”