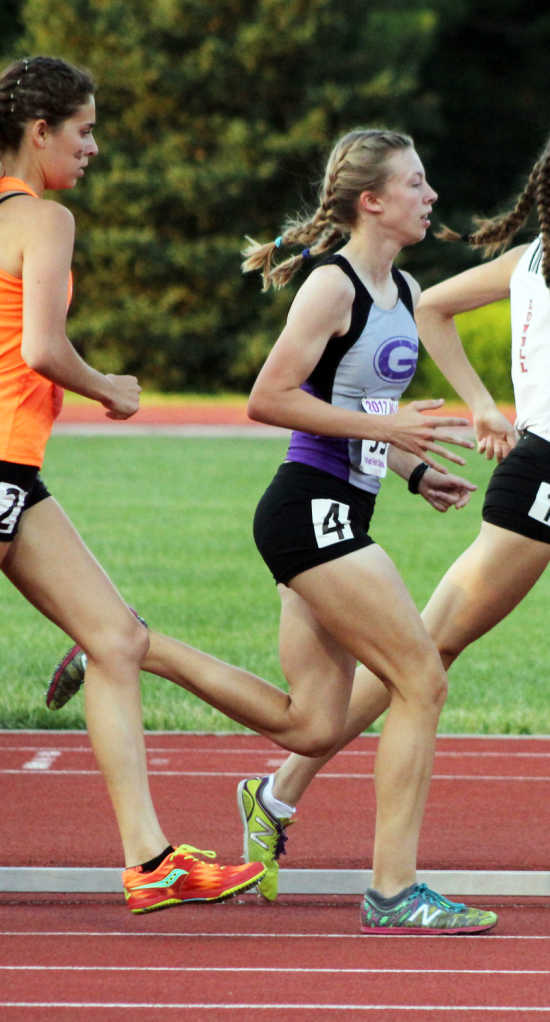 Emma Wilson navigates the pack in the 3,200 on Saturday.
Banner Graphic/JOEY BENNETT

BLOOMINGTON — The Indiana High School Athletic Association has had a girls’ state track and field finals for the past 44 years, and Greencastle sophomore Emma Wilson did something on Saturday that hasn’t been done very often before.

And, with half of her high school career still left to go, she is in a position to move into even higher ground in the history of Indiana high school girls’ distance running.

Wilson’s double victory in the 1,600 and 3,200 on Saturday marked just the eighth time in more than four decades’ worth of competition that someone pulled off a win in the two longest distance events.

The most recent was Mishawaka’s Anna Rohrer in 2015. Others to complete the feat were Celeste Susnis of Kankakee Valley in 1990, Collette Douglas of Valparaiso in 1991, Katie Harrington of Carmel in 2003, Michelle de la Vina of Wheeler in 1999 and Alex Banfich of Culver Academies — the only female ever to do it twice — in 2007 and 2008.

Of that group, the one with the most interesting story is de la Vina, who was the only sophomore to pull off the 1,600-3,200 double win. 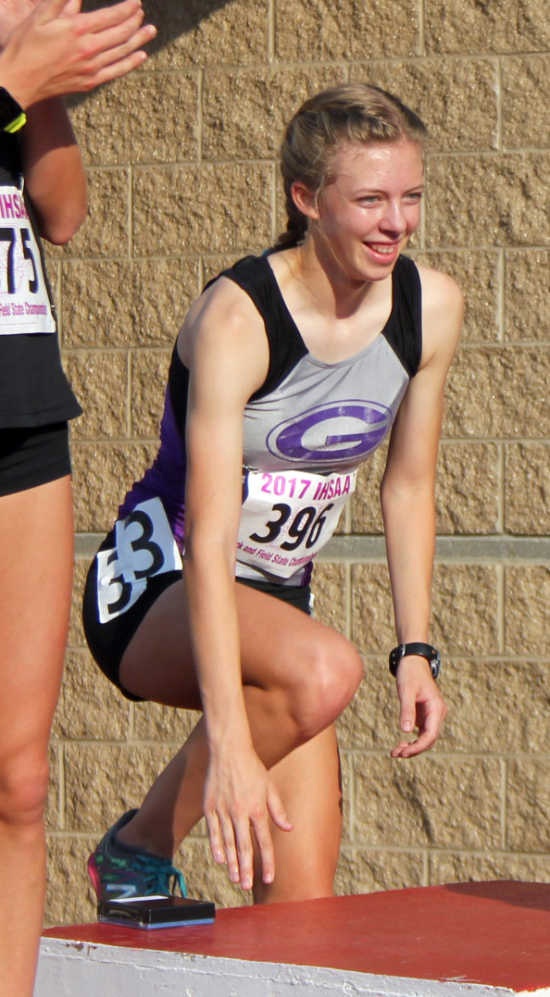 According to the NWI Times, de la Vina “withdrew from prep competition for her senior year, and earned a scholarship at Arkansas on the strength of AAU accolades.”

The article continued to say that de la Vina did not find success at Arkansas, and “eventually more or less disappeared.”

The IHSAA groups the 800 and 1,600 events together in its records as “middle distance,” so there is no specific notation of runners with the most career victories in the 1,600.

Can Wilson pull off double victories for the next two years to become the first person EVER to accomplish that feat? Sure.

Will she? As Greencastle coach Craig Jordan said on Saturday, it’s hard to say.

From watching her perform for the past 15 months, it’s clear that Wilson has the talent, the work ethic and the determination to accomplish the feat.

There were physically smaller runners than her on Saturday, and there were taller ones. But there weren’t any faster ones.

There will be plenty of known competition for Wilson over the rest of her career.

If they are all as competitive as Wilson, they will undoubtedly train even harder for next year — along with even younger athletes moving up from middle school — to knock her off the pedestal.

Wilson seems to have done a great job of avoiding the injury bug that sometimes plagues distance runners, and that aspect will obviously affect her future performance.

I would predict setting state records like those would be nice for Wilson, but she would gladly accept a few more trips to the top rung of the winners’ stand in place of them.

Her primary focus for now is cross country, where she hopes to pass the five returning runners from last fall who finished ahead of her in the state meet.

Don’t bet against her.