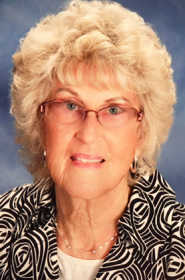 Elizabeth was born June 15, 1923 in Putnam County, the daughter of Curtis and Sallie (Priest) Minnick.

She was a 1942 graduate of Bainbridge High School.

Libby worked for IBM Corp. from the time it opened in Greencastle until it closed in 1986.

She was a member of Brick Chapel United Methodist Church.

Libby was a loving mother and was dedicated to her family.

She was preceded in death by her parents; her husband of 59 years, John Ash; three brothers, Donald, Jesse and Edward Minnick; and a sister, Zella Leonard.

A celebration of her life will be conducted at 1 p.m. Friday, June 9 at Hopkins-Rector Funeral Home, Greencastle, with Rev. Paul Fulp officiating. Burial will follow in Forest Hill Cemetery.

Friends may call at Hopkins-Rector Funeral Home from noon until time of service Friday.

Memories can be shared online at www.Hopkins-Rector.com.