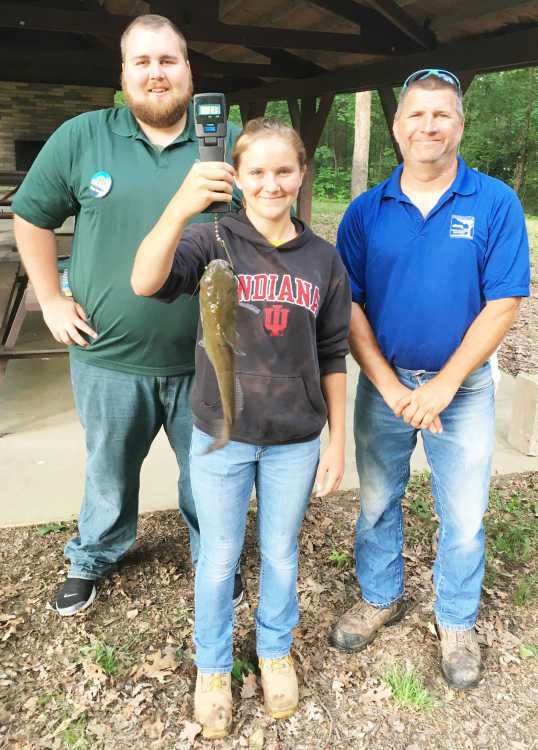 With a dozen young participants fishing alongside their parents at Jaycee Park, the Greencastle Parks and Recreation Department conducted its annual Celebrate Kids Fishing Derby on Saturday, June 3.

The program is held every year during the first weekend of June to not only promote fishing to children in the community but also to promote Indiana’s Free Fishing Weekend where all who wish to fish can without a fishing license.

The youngest participant to catch a fish at Jaycee Park was three-year-old Carlin Ray of Greencastle, who caught a 12˝-inch, 8-ounce channel catfish. 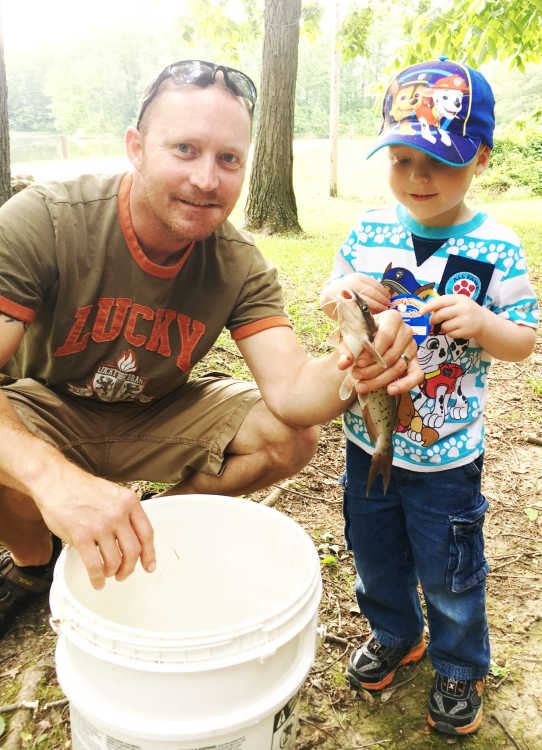 E.J.’s catfish was caught in the final moments of the derby and measured 17˝ inches, weighing in at 2 pounds, 1 ounce, while sister Daisy had earlier caught an 18-inch, 2-pound, 1-ounce catfish, barely edging out her brother for the Largest Fish Caught title.

Daisy also caught the most fish in the tournament, landing six -- two channel catfish, three bluegills, one red ear -- and a turtle over the course of three hours as overall the young anglers caught 17 fish total of four different species.

The Greencastle Parks and Recreation Department would like to thank its tournament sponsors, who donated the many fishing poles, lures and bait given away during the event.