A pair of new adult education classes commenced this week at Area 30 Career Center, the board of directors learned Tuesday.

Executive Director Lora Busch discussed the new classes with the board, which in turn approved hiring instructors for the classes. 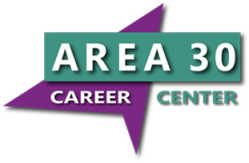 An adult computer numerical control class began Monday with Sunny Kawsar, mechanical/manufacturing engineer with Crown Equipment, as the instructor. There are currently four participants in the class.

Likewise, a commercial driver’s license (CDL) pilot program has begun under the instruction of J.R. Scott, who also serves as the assistant instructor of the Area 30 construction equipment operator class. The class is specifically serving employees of the City of Greencastle.

No voting member was present from Eminence Schools because former Superintendent Jeff Gibboney has accepted the superintendent position at Bloomfield Schools in Greene County.

Eminence Principal Corey Scott was a guest at the meeting but not as a voting member of the board.

• The board approved the addition of classes to the program inventory at both South Putnam and North Putnam.

Bernhardt said most of the new classes will be available at South Putnam due to the hire of an additional agriculture teacher, Cassie Lehmann.

North Putnam will also add horticulture science to its offerings.

Although the classes are offered at the high schools, they require the approval of the Area 30 board because they fall under the umbrella of career and technical education.

• Busch announced that the adult education graduation ceremony will be 1 p.m. Friday, June 23 in the Area 30 community room.

• The July board meeting will return to its normal date on the second Tuesday of the month, 9 a.m. on July 11.