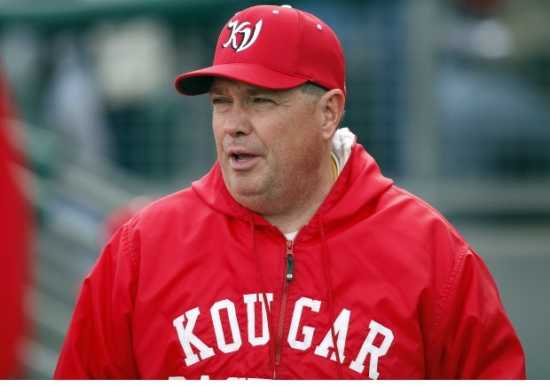 GHS Principal Russ Hesler recommended Greenlee for the position on Monday, and Superintendent Jeff Hubble approved Greenlee to start immediately, pending final approval from the school board during its regular monthly meeting on Monday, July 24.

He has worked in public education for 35 years, spending the last 31 at Kankakee Valley in Jasper County.

“Doug Greenlee brings a lot to the table,” Hesler said. “As a former teacher, varsity football coach, basketball and baseball coach, official and athletic director, Doug has an incredible resume in the field.”

Greenlee’s accomplishments as a baseball coach are of particular note. In 2013, he retired with a career record of 503-317-3 in 28 seasons.

However, Hesler was especially impressed with Greenlee’s devotion to the Putnam County community.

“The one thing that really stood out to me was his passion for our community,” the principal said. “He missed being here and has already reconnected on so many levels. Please help me welcome him and his wife Shelly.”

The new athletic director also expressed his happiness at joining the Greencastle staff.

“I am very excited to be a part of the Greencastle school system,” Greenlee said. “I look forward to working with the entire staff and student body for many years to come.”

Doug has been married to his wife Shelly for 37 years. They have two adult daughters, Erin and Erica, and two grandchildren, Joey and Ty.

He is the older brother of Troy Greenlee, who spent 15 years at the helm of the Tiger Cubs boys’ basketball program before taking an administrative position at White River Valley High School in Greene county.