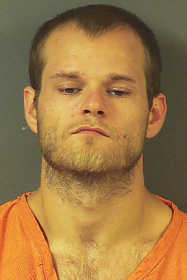 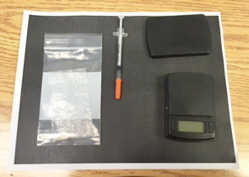 At approximately 5:15 p.m. Tuesday, July 4, Officer Kyle Lee conducted a traffic stop along Crown Street in the city's South End on a maroon SUV. Lee was checking the expired plates on the vehicle when it turned into a drug investigation, police reported.

During the course of the investigation Officer Lee discovered a digital scale -- commonly used to weigh illegal substances for distribution, authorities said -- along with a hypodermic syringe and a small baggy containing a white powder substance that later field-tested as positive for the presence of cocaine.

Frank Adam Roche, 27, of Greencastle, was booked into the Putnam County Jail on charges of possession of a controlled substance and two counts of unlawful possession of a syringe.