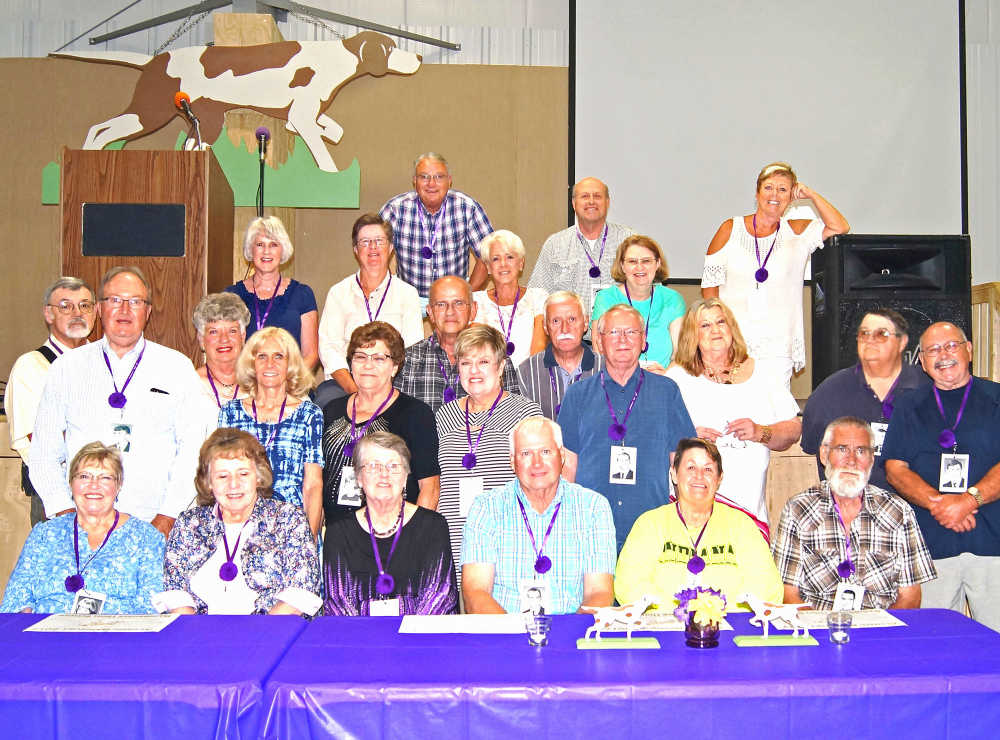 The evening was highlighted by the presentation of the BHS Alumni scholarship to Lyndi Parent who graduated from North Putnam High School this spring and is the daughter of Doug and Staci Parent. She plans to attend Purdue University to major in pharmacy.

Entertainment was provided by the Covered Bridge Harmony chorus.

Carolyn Smith Webber of Dallas, Texas, introduced her fellow 1967 classmates in attendance and gave the response for their class that graduated 50 years ago.

Vicki Judy Steele of the class of 1967 was recognized as having come the farthest to attend the banquet as she resides in Lake Oswego, Ore.

Joan Bratton Holsapple of Newburgh, from the class of 1942, was honored as the graduate from the earliest class represented, 75 years since graduation.

Two former faculty members at Bainbridge, Bill Henson of Cloverdale and Pat Rady of Terre Haute were introduced, while 20 graduates of North Putnam High School who had attended Bainbridge before it closed in 1969 were recognized.

Just prior to the dinner the Pledge of Allegiance was led by all veterans of the U.S. Armed Forces attending the banquet. The invocation was given by Dick Thompson of North Salem from the class of 1952.

The banquet was closed with several former cheerleaders leading everyone in the singing of the Bainbridge school song.

As vice president Riggen automatically progresses to president for 2018 and from the class of 1969, Debra Alcorn Lanie of Zionsville, was elected as the new vice president. Martin, Heacock and Alan Ader were re-elected to their positions.

The 104th Bainbridge High School Alumni banquet is scheduled for June 30, 2018 at the Bainbridge Community Building. Further information is available on the Bainbridge Alumni website at www.bainbridgealumni.webs.com which is maintained by Doyne Priest of Greencastle or by e-mailing Alan Ader at alan.ader@sbcglobal.net, Joe Martin at rjmartin@cinergymetro.net, Brenda Brackney Heacock at bgheacock@frontier.com or by calling one of the officers.