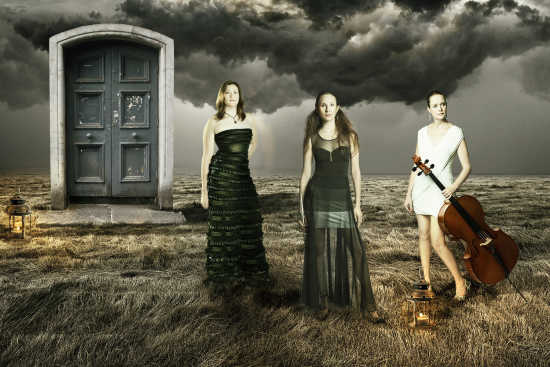 The Greencastle Summer Music Festival continues Wednesday, July 12 at 7:30 p.m. in Gobin Memorial United Methodist Church with a performance by the Fifth House Ensemble (5HE).

On Wednesday’s concert, the Fifth House Ensemble is going to trace an arc of modern and contemporary classical music with masters and innovators such as Shostakovich, Bohuslav Martinů, George Crumb and Dan Visconti.

The festival’s free concerts are made possible by donations from individuals and businesses, including the festival’s main sponsor, the Inn at DePauw, as well as an endowment at the Putnam County Community Foundation.

The Greencastle Summer Music Festival’s founder, DePauw University School of Music cello professor and Eric Edberg will also be joining 5HE on stage for a transcription of two movements from Shostakovich’s “Five Pieces for Two Violins and Piano” and Bohuslav Martin’s “Trio for Flute, Cello and Piano.”

“It is a thrill to have members of Fifth House Ensemble back with us,” Edberg said, “and I’m very excited to make music with them. This is going to be a fun and adventurous event.”

Praised by The New York Times for its “conviction, authority and finesse,” Fifth House Ensemble takes its name from the astrological house of pleasure and the arts.

The ensemble’s intrepid pursuit of music as a catalyst for community building has led to partnerships with Loyola University’s Center for Urban Research and Learning, residencies for at-risk youth and adults at Deborah’s Place, Teen Living Programs and Nancy B. Jefferson Alternative School at the Chicago Temporary Youth Detention Center, and performance projects with workers’ rights groups.

The ensemble also engages in curriculum design and emerging artist training with the Cleveland Orchestra, Cleveland Institute of Music and Eastman School of Music, among others. More information is available at www.fifth-house.com.