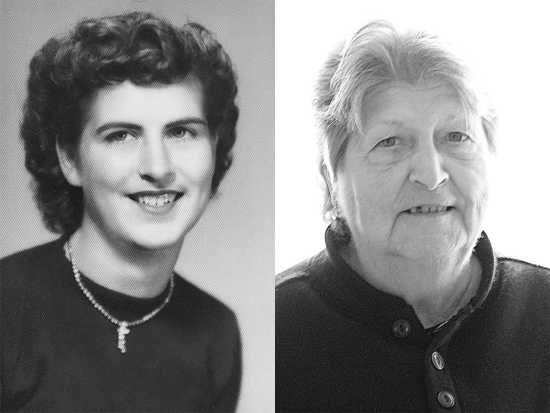 She graduated from Quincy High School in 1953, the year the school burned.

Bobbie loved Cloverdale, where she was a member of the United Methodist Church.

She worked at First National Bank for 35 years until her retirement in 2006. Her glowing smile greeted everyone who came in, and she always had candy for the kids.

She served on the Cloverdale Community School Board from 1987--2006, attending nearly every play, concert and athletic event at the school. She could always be found getting ice cream with friends afterward.

Bobbie enjoyed music. She and Harold made frequent trips to the Grand Ole Opry to hear country music greats, including her favorite, Charlie Pride.

For her 80th birthday, she joined her family to see Willie Nelson and Merle Haggard.

Bobbie was a survivor. She beat breast cancer, and is in the record books as the longest living survivor of the disease without undergoing chemotherapy. Instead, she participated in an experimental treatment utilizing Tamoxifen, which is widely used to treat breast cancer today.

Bobbie supported the Race for the Cure throughout the rest of her life.

She survived a massive heart attack in 2000, a series of strokes in 2006, and endured end-stage kidney disease for the last few years of her life. Her will to live was strong.

Most of all, Bobbie was devoted to her family. She is survived by her son, Patrick Petro, his wife, Jenny, and her grandchildren, Miles and Anna. She

cherished living with them and being a part of her grandchildren's daily lives from 2006-13.

Since then, she lived at Garden Villa in Bloomington, where she formed loving friendships with the wonderful staff and fellow residents. During these years, she looked forward to spending every Sunday with her family and their pets. She will be greatly missed by everyone whose life she touched.

Visitation will be held from 11 a.m. until 1 p.m. on Saturday, July 15 at Whitaker Funeral Home in Cloverdale with services to follow immediately