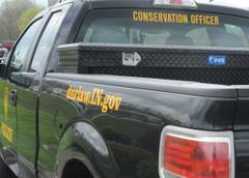 BELLMORE — The body of a Covington man was recovered from Raccoon Lake Friday evening after he jumped from a boat and failed to resurface.

Ronnie M. Gore, 74, of Covington jumped off a boat to swim and appeared to be struggling briefly before disappearing underwater.

Indiana Conservation Officers were called to the scene at 4:38 p.m. Witnesses boating with Gore were able to give an approximate location of where the incident occurred.

The investigation continued later Friday evening, although no foul play is suspected.

An autopsy is scheduled for Saturday at Regional Hospital in Terre Haute.