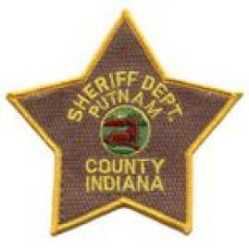 A 52-year-old woman is in police custody after she allegedly fire a shot at a person then barricaded herself in a camper late Friday afternoon.

Despite claims that she had access to more weapons, Irma Sheppard was taken into custody without incident about 45 minutes after the initial dispatch.

Police from the Putnam County Sheriff’s Department and Cloverdale Police Department convened on the location and established a perimeter.

The Indiana State Police Central SWAT unit was en route to the location when the incident came to an end before its services were needed.

Officers at the scene were able to establish phone contact with Sheppard and she complied with a request to show her hands.

Cloverdale Officer Billy Wallace and Sheriff Scott Stockton then approached the camper and made contact with the suspect. Sheppard complied with the directions of officers and was peacefully taken into custody around 5:45 p.m.

Both the ISP SWAT unit and the Greencastle Fire Department, responding with the mobile command center, were called off before they arrived at the scene.

Officers remained on scene for several more hours, waiting for permission to search the area for a weapon. The property owner was out of state at the time.

Evidence was recovered from the scene and taken to the Putnam County Jail.

Deputy Riley Houghton also transported Sheppard to the jail, where she was booked in at 8:33 p.m. on charges of theft, possession of a handgun by a felon, intimidation, criminal recklessness and criminal trespass.

Stockton commended the officers who were on scene for the peaceful resolution.

“It was extremely remote and there were a lot of places to run and hide — about 100 acres or so,” Stockton said. “I want to commend all the officers who were on scene as they did an excellent job ensuring no one, including the suspect, was hurt.

“Also my appreciation to the ISP Central SWAT unit, as well as Greencastle Fire, who were willing and were responding to the scene at the time they were disregarded.”