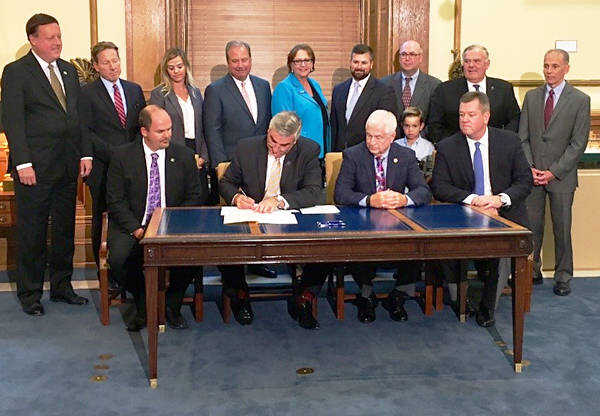 The Transborder Water Resource Authority, which is comprised of four members of the General Assembly, four ex officio members and four individuals appointed by the governor, will study ownership rights in one or more transborder water resources shared by Indiana and bordering states.

“The purpose is to create a group that will work as a team with surrounding states to ensure the fair use of shared water resources,” Rep. Baird said. “A forum was essential for the discussion of studies as well as evaluation of the management of transborder water resources.

“The need to maintain safe water and equality for each state sharing the water resource were the driving forces behind this legislation,” Baird added.

House Enrolled Act 1211 calls on the group to explore interstate compacts with other states concerning the fair use of transborder water resources.

Baird represents House District 44, which includes all of Putnam County and portions of Clay, Morgan, Owen and Parke counties.