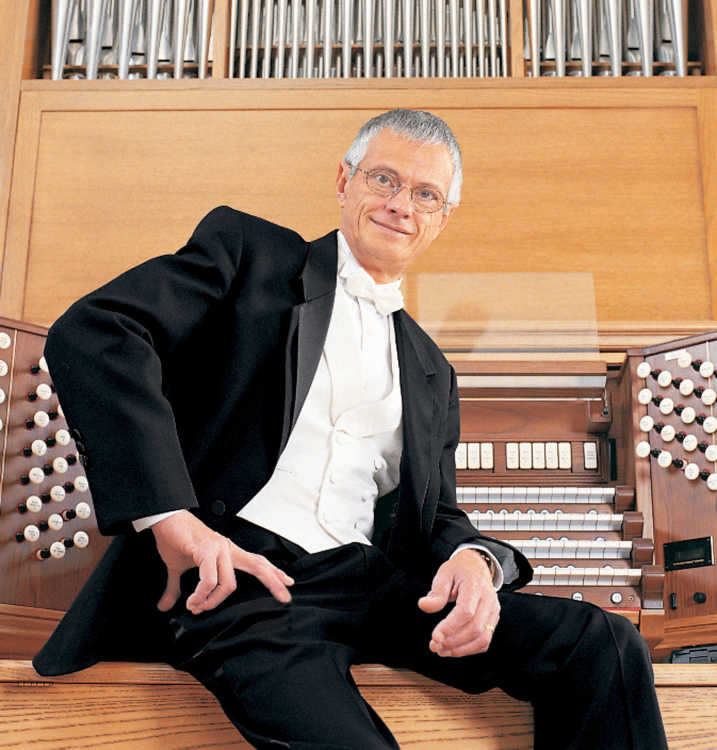 The unique, free performance will be given on the J. Stanford Smith Concert Organ in the Green Center's Kresge Auditorium, located at 605 S. College Ave. on the DePauw campus.

One of the most sought after and revered international concert organists in the world, Olivera explained in an e-mail Thursday that, for his performance in Greencastle, he will announce his program from the stage.

"It is very hard to select a program for an organ that I don't know," wrote the artist. "It is not the same as a piano. You know what to expect of a piano. An organ is a different animal. An organ is not always what is expected."

Once Olivera arrives in Greencastle and has had the opportunity to try the Kresge organ, he will determine the repertoire for the evening, selecting from a program of works by Bach, Franck, Piazzolla, McCartney/Lennon and Queen.

"All my life I have aimed to make the organ sound as musical and as good as possible by carefully choosing repertoire," Olivera continued. "Forcing a piece of literature on an organ is never wise."

In 1996, in celebration of the Olympic Games, Maestro Olivera gave a solo concert at Spivey Hall, Atlanta, for which he received multiple standing ovations. Of the performance, the Atlanta Journal Constitution wrote: "Olivera swept the audience with absolute Olympic virtuosity, and that still doesn't say it ... Hector Olivera is in a class by himself."

All are welcome to attend the free organ concert in Kresge Auditorium. No tickets are needed.