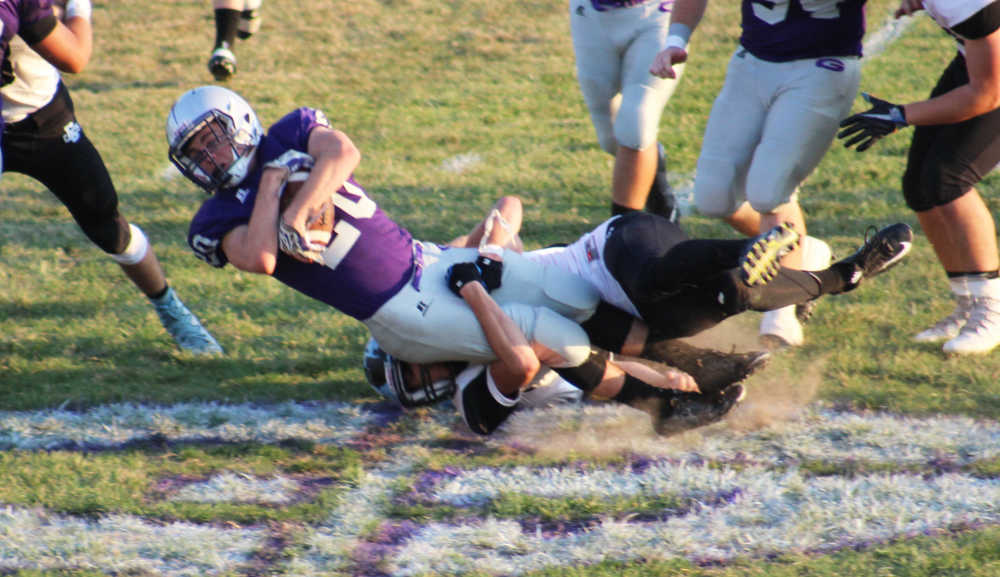 Leading Cascade just 3-0 at halftime, Greencastle recovered a fumble on the second-half kickoff and used that miscue to score three straight times in the third period to break open what would eventually be a 37-0 homecoming win.

The vaunted Greencastle defense, statistically one of the best in the state, recorded its second shutout of the season and limited the Cadets to just two first downs.

“I was concerned coming into the game,” Greencastle coach Mike Meyer said. “That was a good football team. I thought they were going to put something together, but they weren’t quite able to do it.

“Defensively we played well, and offensively we moved the ball well,” he said. “Damon Moody had another good game.”

Moody carried the ball 19 times for 202 yards and two touchdowns, but one carry in particular stood out above the others.

Moody scored a touchdown on the first drive of the second half, following the recovered fumble, to put the Cubs up 10-0.

Greencastle then forced Cascade to punt again, and the Cubs started at their own 26. Two straight penalties cost Greencastle 17 yards, and all of a sudden it was first and 27 from their own 9.

Moody picked up one yard on first down, then on second down he burst through the left side of the line and raced practically untouched for a 90-yard score that gave the Tiger Cubs some breathing room.

“That was huge,” Meyer said. “That put us in high gear and got things rolling.”

Meyer and his staff made some personnel changes after some difficulty on offense early in the season, and the new-look Tiger Cub backfield is coming together nicely.

“People have really been stepping up for us, and it’s coming together,” Meyer said. “They are working hard and listening, and doing what we ask them to do.”

Baxter showed great poise in completing 7 of 11 passes for 70 yards.

Another recent change has been the moving of burly tight end Gavin Bollman to a fullback position.

Bollman picked up 65 yards on 10 carries and gives the Cubs another potent weapon.

After Moody’s 90-yarder made it 17-0, the Cubs recovered what Meyer termed an “accidental” onside kick, and drove to another score. Jacob Meyer caught a 9-yard score from Baxter for a 24-0 lead.

Following another Cadet punt, the Cubs drove 68 yards in 11 plays with Baxter scoring on a 1-yard run.

The Cadets finally picked up their initial first down of the game early in the fourth quarter, but would never seriously come close to scoring.

Bollman added the final score of the game with 2:44 left on a 31-yard run.

Greencastle’s Alex Costin intercepted a pass on Cascade’s last drive and returned it 65 yards deep into Cadet territory. The Tiger Cubs “took a knee” and ran out the clock.

Greencastle finished the night with 289 yards rushing on 44 carries.

The Tiger Cubs improved to 4-1 with the win, heading into a tough stretch of three straight conference games against Sullivan, Northview and North Putnam before the conference crossover round.

“It gets really tough from here,” Meyer said. “We have Sullivan coming up next, and they’re going to do a lot more offensively than what we’ve seen the last couple of weeks.”