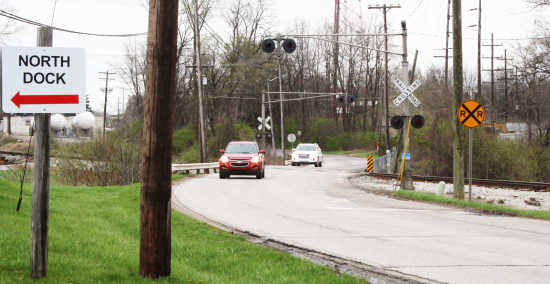 The long-awaited South Jackson Street improvement project, from the railroad tracks south to city limits at the the southern end of Phoenix Closures, is scheduled to begin at 7 a.m. Monday, Sept. 25, and is anticipated to last four to six weeks. The road will be closed Monday-Friday from 7 a.m. to 7 p.m.
Banner Graphic/ERIC BERNSEE

The City of Greencastle has announced that it will close South Jackson Street for street improvements. The street closure will take effect Monday, Sept. 25, and is anticipated to last four to six weeks.

Beginning Monday at 7 a.m., Jackson St. will be closed from Veterans Memorial Highway to the city limits at the southern edge of Phoenix Closures.

Details about the closure are as follows:

-- Open to two-way traffic, 7 p.m. – 7 a.m. Monday through Friday. Motorists are urged to drive slowly and use caution in the construction zone.

-- Closed Thursday evening, Sept. 28 through Saturday, Sept. 30. A storm sewer culvert will be replaced during this time.

The official detour routes are:

Individuals commuting from Brazil, Terre Haute, Clay County and other points west should use U.S. 231 to access employers in Greencastle.

The improvements to Jackson Street include storm drainage, curb and gutter, pavement widening and resurfacing.

The project is funded by the City of Greencastle’s Redevelopment Commission and a grant from INDOT’s 2017 Community Crossings Program. Work on the railroad crossing will take place in the spring of 2018.