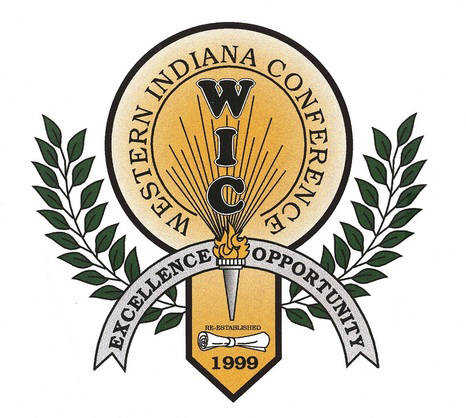 Greencastle will look to win its first-ever Western Indiana Conference soccer championship on Saturday when the Tiger Cubs host Brown County at 11 a.m. in the boys’ championship game.

The No. 8-ranked Tiger Cubs enter the match at 11-0-2, having battled Covington to a tie in the second match of the season back in August and also playing Bethesda Christian to a deadlock earlier this month.

Since that match, the Tiger Cubs have won five straight matches. They won the WIC West Division title with a 4-0 record and allowed just two goals in the four matches (defeating Northview 4-0, North Putnam 9-0, West Vigo 5-2 and Sullivan 8-0).

Brown County enters the match with a 9-3-1 overall record, and won the WIC East Division title with a 3-0 record.

Goalie Brody Watson has made 47 saves and has allowed just seven goals. He has recorded eight shutouts — including three straight going into today’s finals.

Brown County is led in scoring by senior Landon Cambridge, who has 21 of his team’s 46 goals this season. He also had six assists.

Top distributors for the Eagles are seniors Logan Fittz (18 assists) and Will Ryan (14 assists).

Brown County lost its season 9-0 opener to Seymour and tied its second match against Southwestern.

After that time, the Eagles won their next nine matches — the last five by shutouts — before losing 3-2 to Bedford North Lawrence and 2-1 to Martinsville earlier this week.

In other local high school sports highlights this weekend:

• Girls’ soccer — Greencastle will host Cascade at 1 p.m. on Saturday in the WIC fifth-place match. Both teams placed third in their respective divisions.

• Girls’ golf — Macey Masten, Rose White, Marin Nally, Bailey Shuee and Molly Ramey of Greencastle, Taylor Dixon of North Putnam and Sammie Shrum of Cloverdale will compete in the in Roncalli Regional at Franklin, starting at 8:30 a.m. on Saturday.

The Tiger Cubs placed second as a team in last weekend’s sectional at Forest Park in Brazil.

Dixon is the first North Putnam girls’ golfer since Alyssa (Simpson) Perdue to qualify for the regional twice.

Simpson qualified for the regional during her sophomore season in 2004, then again as a senior two years later when she advanced to the state finals.

Upon graduation, Simpson played collegiately at Marian. A story earlier this week had incorrectly indicated that Dixon was the first Cougar girls’ golfer to play in two regionals.

• Volleyball — Two teams will be involved in tourney play as Cloverdale plays in the Artesian Classic at Martinsville and South Putnam goes to the Riverton Parke Invitational.

• Boys’ tennis — Greencastle winds down its regular season by playing a match at Danville on Saturday.