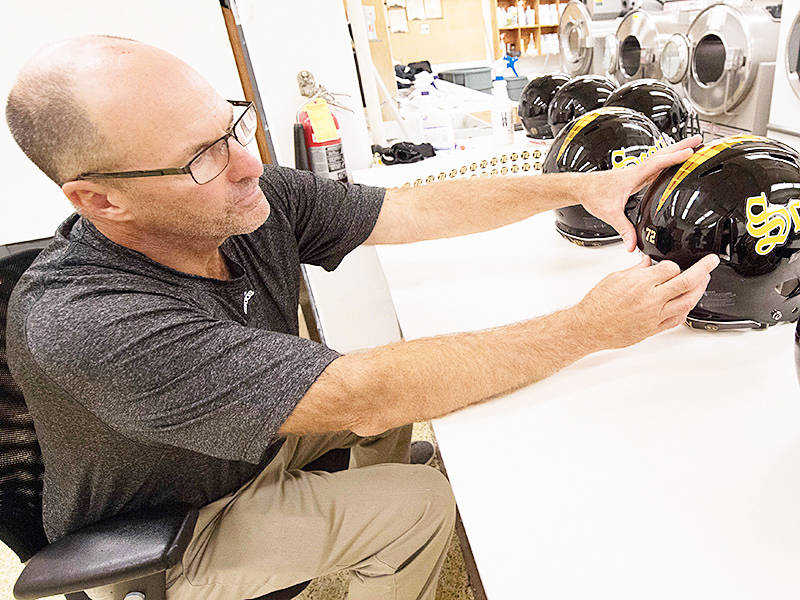 There will be many special things going on at Blackstock Stadium in Greencastle on Saturday, as the DePauw Tigers host the College of Wooster in North Coast Athletic Conference football action.

The 1 p.m. contest also features two teams still undefeated in the young football season, as the Tigers are 2-0 and the Fighting Scots are 3-0.

Yet, on the game’s first play, the relative unimportance of the eventual outcome will be demonstrated by Wooster for the most unfortunate reason imaginable.

The 21-year-old passed away at the hospital on Sunday, leaving the team and school community shocked.

The Fighting Scots will be in Greencastle to play the game against DePauw, but will ask the officials to allow them to commemorate Geib with a “missing man formation” on the first play, associate vice president for college relations and marketing John Hopkins told the Columbus Dispatch.

“At the beginning of the game, the offense will line up 10 [players] instead of 11,” Hopkins told the Dispatch, and they will “take a knee.”

Following the tribute, they will redo the play as an actual part of the game, Hopkins said.

Scott Brown, College of Wooster vice president for student affairs, heard from the NCAC that every conference school will observe a moment of silence for Geib at each contest it hosts on Saturday.

They’ll also be wearing Geib’s No. 72 on their helmets and memorial bracelets.

Academically, he earned first-team CoSIDA Academic All-District honors as a junior, and was a two-time member of the NCAC Academic Honor Roll.

On the field, Geib entered three games as a freshman and went on to earn a starting role as a sophomore, and started in 23 consecutive games.

One of the players who Geib has been responsible for protecting is 2016 South Putnam graduate Grady McHugh, a reserve quarterback with the Fighting Scots. 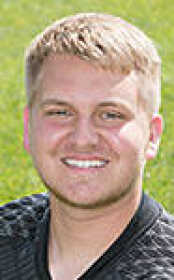 McHugh said Thursday night that the team is doing as well as can be expected, and is leaning upon each other to get through the tragedy.

“It’s definitely been an interesting week,” he said. “We are definitely facing a large bit of adversity, but I think we’re handling it by getting closer as a team.

“We are making sure that everybody is there for each other, and we have grown to be more of a unit.”

McHugh describes Geib as a guy “who I never saw without a smile on his face,” and one whose impact was not limited to the football field.

“He was an outstanding science student and had a big impact on the chemistry department,” McHugh said. I never had a conversation with him where he wasn’t listing some statistics or facts about it. He was a very smart guy and he was great to be around.”

McHugh and his teammates have learned a great lesson on what they say — or don’t say — to each other.

“There were a lot of things left on the table unsaid, things that we should have let him know about how much we cared for him,” McHugh said. “It’s kind of a lesson that we have all learned slowly how to be forward with each other. We had a memorial service on Sunday and about 200 people were there — that’s a testament to him and his life.”

McHugh considered Geib as a “great, God-fearing kid” who will be missed.

“Something he believed in the most was working hard,” McHugh said, and he this season was something he had really put a lot of work into.”

McHugh has not seen much game action during his time at Wooster, with the primary reason being standout senior quarterback Gary Muntean.

“Gary is a great quarterback,” McHugh said. “He started late in his sophomore year, and did well last year, too. He’s having another great season this year.”

Injuries have also limited what McHugh has been able to contribute.

He had knee surgery in June, and has another MRI test coming up next week.

“I’ve had a little bit of the injury bug,” he said.

Still, despite the lack of game time, McHugh is enjoying his time at the Ohio school.

“I love the school and the football program,” he said. “The academics are great. It takes a lot of studying and hard work, but I love being here.

Returning to Putnam County will be nice on Saturday, but McHugh predictably wishes the situation were different.

“I would have rather we had the whole team with us, but Clayton will be with us in our hearts and definitely be in the minds of our guys,” he said. “We are going to come out and play for him and try to get the win for Clayton.”

DePauw’s Bill Lynch has been coaching college football for 40 years, and can only imagine what the Fighting Scots are going through this week. 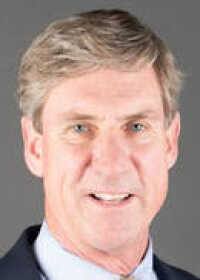 “I’ve had some players to be killed in car accidents [in the off-season] and some other unfortunate things like that,” he said Thursday. “But I’ve never lost one in-season after a game like this. It’s just awful.”

Lynch has a lot of respect for Wooster and its coach [Frank Colaprete], and feels badly for the entire program and community.

“He’s a really good guy, and we’ve been in the league about the same amount of time,” Lynch said. “He does a good job, and they are in a very tough situation.”

Each team which has a tragedy of this kind handles it differently. Some may become withdrawn and let it affect their on-field work, while others rise together and become stronger as a team.

“You never know how people are going to react,” he said. “It’s a tough deal. He was a senior, so obviously he has great relationships with guys throughout the whole program.”

The cause of death has not yet been determined, and it is unknown whether high temperatures last weekend contributed to the death.

Saturday’s weather forecast in Greencastle calls for unseasonably hot and humid conditions, and Lynch said that every possible step is being taken to avoid any problems.

“Definitely,” he said, noting that mandated water breaks will take place regularly throughout the game. “We are all very conscious of [the hot conditions].”

Greencastle grads Nick Costin and Spencer Rhine will be suiting up for Wabash, while South Putnam grad Brandon Gierke and former Putnam County resident John Pasch are expected to line up for DePauw.

Pasch, son of former North Putnam head coach Dave Pasch, graduated from Indianapolis Lutheran in the spring where his dad is the head coach.