Local vets on taking a knee: ‘That’s what we fought for’ 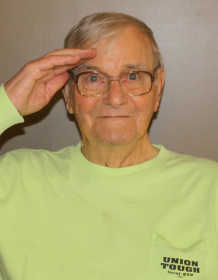 Four veterans sit in the cafeteria at The Waters of Greencastle discussing the news of the day.

With three decades of military service among them, they speak from a perspective many of us can only imagine.

And while their ages, service branches and eras vary — stretching from late World War II to Vietnam — these four veterans can find some common ground. 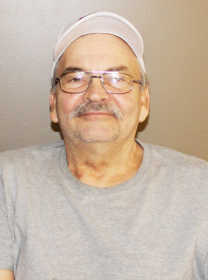 So when asked about the subject of athletes kneeling during “The Star-Spangled Banner,” an inescapable controversy for the last 10 days or so, all four men had similar, perhaps surprising, things to say.

“I went and fought for their rights,” Raymond LeMasters said. “They can do what they want.

“That’s what we fought for.” 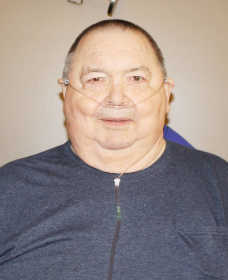 A native of Springfield, Ill., LeMasters has more recently resided in Linton. He served in the Marine Corps from 1969 through 1971 and he sees a relationship between his service and American citizens expressing their First Amendment rights.

“I really don’t have a problem with it. They’ve got a right to stand up or kneel down,” LeMasters said. “If they’re trying to get a point across, I understand it.”

The point the athletes are making, though, is something William “Rusty” Morris worries may be lost on the public. 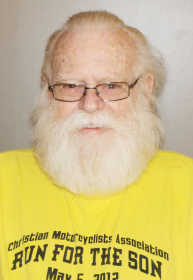 “The people of America don’t understand, they’re not interested in what (the players) are doing,” Morris said. “All they know is what they read in the paper.”

The controversy started last season when Colin Kaepernick, then quarterback of the San Francisco 49ers, began kneeling during the national anthem in protest of the treatment of African Americans in the country.

Kaepernick is currently out of the league but President Donald Trump rekindled the controversy recently, prompting players throughout the league to kneel, link arms or even remain in the locker room during the anthem.

Since then the attention has grown to include arguments become about unity, patriotism and respect for veterans.

“A lot of it is they’re wanting publicity, and they’re getting free publicity,” Morris said. “Personally, I stand up every time they play the anthem and salute when I see the flag. These guys have never been in the military so they don’t understand patriotism. They’re patriotic to their team or their vocation.”

For a significant period of his life, the military was Morris’ vocation. The Terre Haute native was in the Marines from 1958 through 1968 and then the Army from 1970 through 1974.

Despite the difference in perspectives, Morris said he tries to see the other point of view.

“I hate to be on either side because I understand both sides,” Morris said. “I lean toward not appreciating what they’re doing but this is the land of opportunity and they’re taking an opportunity to voice their opinion. I don’t think there should be any charges or criminal thing against them.”

Bernard Wahl of Greencastle, who served in the Navy from 1944 through 1948, is also not too upset by what he sees.

“It doesn’t hurt my feelings at all. If they kneel during the national anthem, I don’t think there’d be a thing wrong with that,” Wahl said. “As far as what they did, there’s nothing wrong with kneeling. Of course, I’m one of the old boys. I still salute.

“I agree with them if they want to kneel or if they salute like I do. That’s fine.”

Robert Crum of Spencer fought communism as a Marine from 1963 to 1969. His interest is in keeping the U.S.A. a place where people can express their opinions, even the unpopular ones.

“We fought to keep communism out of the country. They can’t tell us we can’t do what we want to do,” the Spencer native said. “They’re expressing their opinion their way and I think everybody ought bo be able to do that.”

For Crum, the bigger deal might be President Trump’s concern with the protests when there are bigger issues in the world.

“I think our president’s making a big deal out of nothing,” Crum said. “He should be worried about things that’s happening in the world, not people kneeling down.

“It’s a free world and I feel like if they want to kneel down, it’s not dishonoring the flag at all. They’ve got their hands over their heart. And everybody has the right to do what they want to do.”