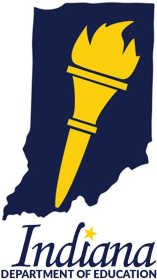 Each of the three A-rated Putnam schools improved its rating from a B for the 2015-16 school year.

South Putnam Central Elementary produced the biggest jump in the new IDOE grades, posting a B for 2016-17 after getting a D in the previous year’s marks. Fillmore School, meanwhile, had the biggest local drop, going from an A in 2015-16 to a C for 2016-17.

Meanwhile, all other Greencastle schools posted the same ranking for 2016-17 as they did the previous year: Greencastle High School, B; Tzouanakis Intermediate, C; Ridpath and Deer Meadow primaries, C.

South Putnam High School and Middle School each stayed the same as well with grades of B and C, respectively.

The same holds true for North Putnam Middle School and Bainbridge Elementary, at B and C, respectively.

At Cloverdale, the middle school earned a C for the second straight year, while the elementary dropped from a B to a C in the grades released Wednesday.

“I am encouraged by the results of our current accountability grades as an indication of the great education Indiana students are receiving,” Jennifer McCormick, Indiana Superintendent of Public Instruction, said, “Our work, however, is not finished. As a department we will continue to partner with stakeholders from the state level to the local community to ensure every school is successful and every student is academically prepared for the future.”

Established in 1999, the General Assembly passed Public Law 221-199 which created a performance-based accountability system. In response to this legislation, the State Board of Education (SBOE), IDOE, and the Education Roundtable collaborated over the next two years to establish the administrative rules outlining the accountability system. These rules were finalized and in place by the end of 2001.

In 2015, SBOE established new metrics for Indiana’s student-centered accountability system. The metrics when into effect beginning with the assessment of the 2015-16 school year.