South Jackson Street to be closed most of Saturday

On Saturday, Oct. 14, South Jackson Street will be closed from 7 a.m. to 7 p.m. to allow the project contractor to make up for weather delays that occurred this week, Greencastle Mayor Bill Dory has announced. 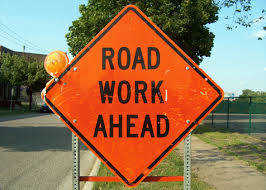 The contractor, Grady Brothers, will accommodate truck traffic serving Phoenix Closures and Buzzi Unicem. All other traffic is asked to use alternate hours during this time period.

The official detour routes are:

Individuals commuting from Brazil, Terre Haute, Clay County and other points west should use U.S. 231 to access employers in Greencastle.

As always, the city asks the public to proceed with caution while following the detours.