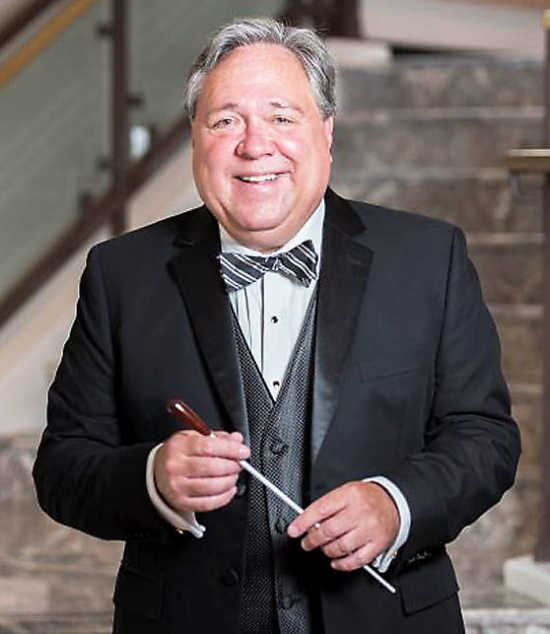 As an Indiana lawmaker over the past 20 years, conducting many a caucus or political powwow has been his task. 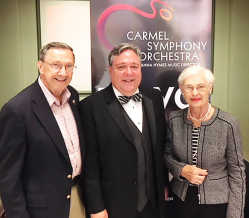 After conducting the Carmel Symphony Orchestra Saturday night, Jerry Torr (center, at left) is congratulated by his parents, Kenny and Bev Torr of Greencastle.
Courtesy photo

And in his professional life Torr conducts his business, dealing in title insurance.

In his piece de resistance, the 59-year-old Torr was conducting again Saturday night. However, this time he was conducting -- baton and all -- the Carmel Symphony Orchestra in the world premiere of “Fanfare for a New Era,” a piece he actually wrote 35 years ago while in the midst of an aspiring music career.

Torr conducted the piece and then introduced the new Carmel music director, Janna Hymes, in major event at the Carmel Palladium. 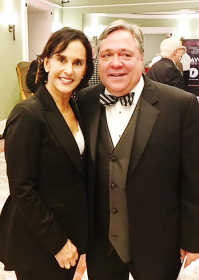 Also after conducting his “Fanfare for a New Era,” Torr had the privilege of introducing the group’s new music director, Janna Hymes.
Courtesy photo

It ranks right up there, Torr said, with being interviewed on national TV by Greta VanSusteren and being a rare two-time winner of the Indiana Chamber of Commerce Government Leader of the Year Award (2005 and 2012), joining only Richard Lugar and Speaker of the House Brian Bosma in that small club.

Bosma was there Saturday night, along with many friends and family, including of course, Torr’s parents, Kenny and Bev Torr of Greencastle, and twin brother John.

“It was surprising to me,” he said, “some of the people, friends and family who came out of the woodwork to see this.”

Conducting the orchestra, Torr said, was certainly more difficult than speaking before the statehouse. And Speaker Bosma apparently agreed.

“He said that it’s ‘like conducting 100 people who didn’t want to be conducted,’” Torr laughed.

Maestro Torr said he was actually more nervous at the afternoon rehearsal than he was with a packed house at the Palladium on Saturday night.

“It’s funny,” he said, “but at the afternoon rehearsal my right hand was shaking and I was thinking, ‘gosh this is only going to be worse,’ but when it came time to go out that night, I felt very confident. Good coaching, I guess.”

The whole thing was a lifelong dream for the Putnam County native and 1976 Greencastle High School graduate who convinced his parents to let him leave Hanover College after his first semester to go to Hollywood to attend the Guitar Institute of Technology (GIT). Its curriculum featured intense guitar-focused music education with courses in music theory and composition, but most importantly to Torr, orchestration and film scoring.

He developed a great interest in composition and back home again in Indiana, even recorded in the Gaither Brothers studio in Anderson to produce a demo tape that included the fanfare he conducted Saturday evening.

“It was actually written as a movie opening theme,” Torr said, wondering what life might have been like if he had stayed with his late 1970s music ambition.

But as it too often does, life got in the way, Torr said, and now he’s vice president of commercial business development for Hamilton National Title and not on the Hollywood Walk of Fame.

Volunteering as a member of the Carmel Symphony Orchestra Board has kept him involved with his love of music. Torr was on the search committee that ultimately selected Hymes from among 130 applicants as the orchestra’s new leader, and at the committee’s last meeting he brought each of his fellow members a copy of the CD of the old demo recording he’d made probably 35 years ago so he could share what he had talked about previously.

It wasn’t long after that the committee chairman asked Torr if he’d be willing to conduct the “fanfare” piece if it could be renamed “Fanfare for a New Era.”

“I said, ‘You can call it whatever you want,’” Torr said, proud to be considered for such an honor.