Daniel was born Feb. 5, 1944 to Theodore and Mary Katherine (George) Hornaday in Indianapolis. 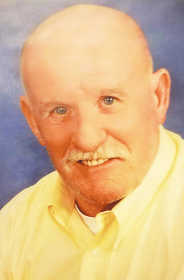 He was an employee of Allison Gas Turbine, a Division of General Motors in Indianapolis, retiring after 30 years. He was a member of UAS Local 933 Union Hall, Indianapolis, and served as a committeeman and alternate committeeman.

He was a professional rollerskater who taught rollerskating at the Franklin Skate Club, and later at the former Melody Skating Rink in Indianapolis.

Daniel was preceded in death by his parents, Theodore and Mary Katherine (George) Hornaday; his grandparents, Daniel and Myrtle Sutphin; brother Theodore Hornaday Jr., and his sister, Pamela York.

Funeral services are set for 10 a.m. Tuesday, Oct. 24 at Forest Lawn Funeral Home, 1977 S. State Road 135, Greenwood, where friends may call one hour prior to services.

Condolences to the family may be made at www.forestlawncemetery-fh.com.