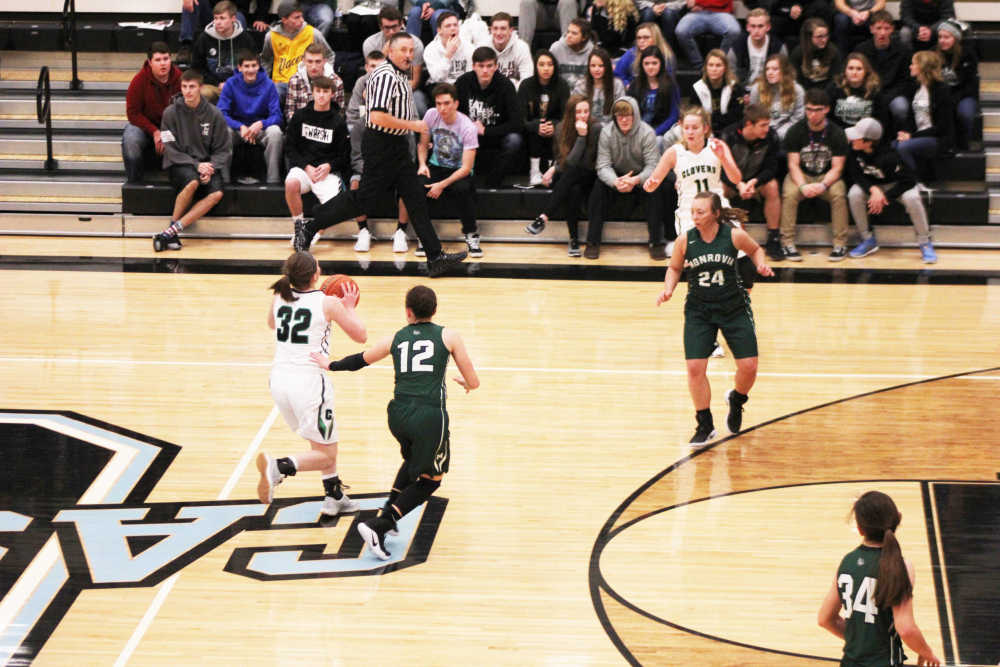 Cloverdale set a school record last year with 16 victories, and fell just short of a sectional championship by losing to South Putnam in the final game.

Coach Matthew Langdon lost only one starter from that squad, and is excited about the prospects of another outstanding season.

“We have six of our top seven back, so it’s nice to be able to pick up where we left off,” he said. “We have been able to start at a much better starting point. Obviously we are doing a lot of things, as a smaller team, to speed up the game.” 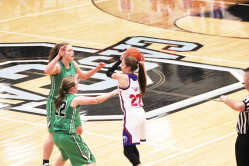 Pacing the Clover returners is junior center Tori Combs, who averaged a double-double last year with 17.2 points and 12.5 rebounds per game.

“Tori Combs is coming off a big year last year,” Langdon said. “She has improved aspects of her game over the off season and looks to have another great year.”

Also back are senior guard Abby Walker, a 3-point specialist who averaged 11.3 points per game despite missing a stretch due to appendicitis.

Freshmen Sammie Shrum and Hailey Thomas both had good introductions to varsity basketball, as Shrum averaged 8.9 points and 7.4 rebounds per game and Thomas averaged 6.6 points and 3.0 assists per game.

“They both received valuable experience on the varsity last year as freshmen,” Langdon said. “They look to have bigger roles coming off the bench.”

Despite having experienced upperclassmen, Langdon notes his team is still very young.

“We have mostly sophomores and juniors on our varsity, with just two seniors,” Langdon said. “We are looking for Sammie and Hailey to be more aggressive in scoring this year. Hailey and Sammie have both worked on their 3-point shooting, and are looking to score more. The big difference is that last year was our first winning season in close to 10 years or so, and now it’s a different feeling coming off that.

“We’re not going to surprise many teams,” Langdon said. “Other teams are now going to be looking for us. It’s exciting to come off such a great year by our varsity and our junior varsity, which won 16 games as well.”

Langdon had 25 players to try out this season. 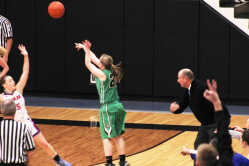 “The interest has been great,” he said. “We went to the Vincennes team camp, and we were able to put two teams in with about 20 girls involved. That was a great experience for our program.”

Langdon has not had to try to get his players to “buy in” this season.

“If they want to get to that next level, to where every team on our schedule is beatable and county and sectional championships starts to happen, that they need to give even more this year,” he said. “They’ve done a great job of rising to that challenge.”

Langdon recognizes the quality of opponents in the county, conference and sectional is very high.

“It’s kind of neat, growing up in Putnam County, to see the county teams to be ‘up’,” he said. “This is the best the county has been overall probably since the 2004 season. Greencastle and South Putnam both return a lot of players, and I know North Putnam is going to be a lot better. Adding Western Boone to the sectional [down from 3A] makes it even tougher. You have three or four teams who looked to be the frontrunners, then you add Western Boone which is a very strong program.

“We’re trying not to look at it too much, and we just need to respect each opponent we play.”

The Clovers will be playing in a holiday tourney at Frankfort two days before Christmas. They had previously played in an event at Monrovia, which they won last year.

“We wanted to play somewhere different against some new opponents,” Langdon said. “We like the date of it, and that way we can give the girls more time off around Christmas before we get ready for Clay City. This will be a good challenge”

Langdon’s teams like to thrive on creating turnovers and scoring in transition, but he knows that those opportunities are not always available.

“We have had several points of emphasis this year on that topic,” he said. “We want to play better halfcourt offense, so we can still score when we can’t get out and run. Sometimes when we face teams that handle the ball a little bit better, those opportunities are not always there.”

Langdon has seen a lot of improvement in his team’s shooting, even though he knows there is a difference between practices and games.

“We also want to have the same energy in our halfcourt defense as in our full-court defense,” he said. “It’s no secret that we like to speed it up, and we think the other teams are going to try to slow it down a little bit.”

The Clovers will be one of the first teams in the state to start game competition, as they travel to Turkey Run on Tuesday for a Halloween night game.

“It may be the first October game in Indiana history,” he said. “We are all excited to get out on the court” 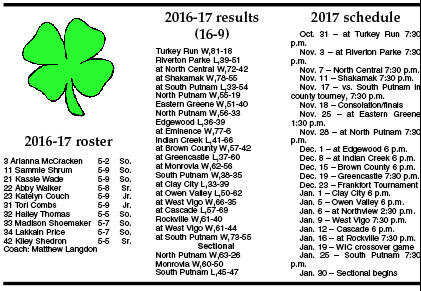