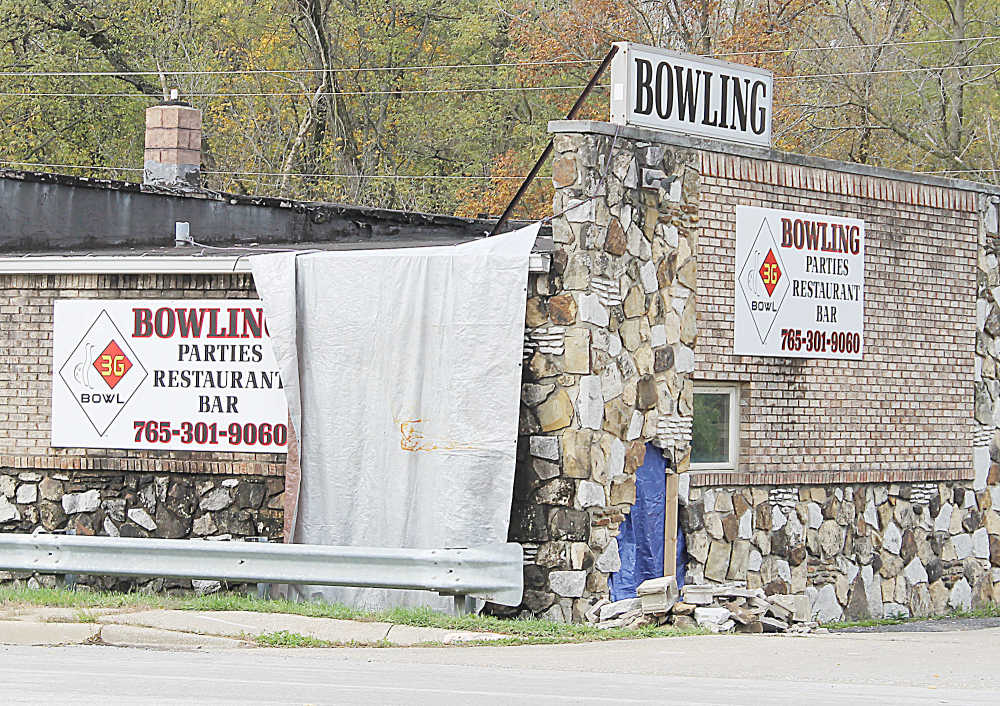 A tarp on the east wall of 3G Bowl on the city’s southwest side covers the spot where a minivan crashed into it Sunday afternoon. The driver, Monica Buis, then fled the scene and subsequently crashed into a tree west of Limedale.
Banner Graphic/JARED JERNAGAN

A woman was hospitalized Sunday afternoon and faces the possibility of criminal charges after crashing her minivan into the Greencastle bowling alley and then a tree in a separate incident.

Police report that Monice Buis first crashed her 2004 Pontiac Montana into the side of 3G Bowl, immediately west of the end of Veterans Memorial Highway on South Jackson Street.

No report was available from the Greencastle Police Department, so the exact nature of the first crash is unclear.

Buis then reportedly fled the scene, apparently traveling south on Jackson Street/Manhattan Road. She then traveled west out of Limedale on County Road 300 South.

On 300 South, Buis lost control of her vehicle a second time, this time in the S-curves approaching County Road 300 West. This time, her van left the road and hit a tree.

Putnam County Operation Life personnel were among the first on the scene, transferring Buis to the hospital before Putnam County sheriff's deputies arrived.

Deputy Matt Biggs reported that toxicology results have been requested from the hospital by subpoena, as authorities believe impairment may have been a factor.