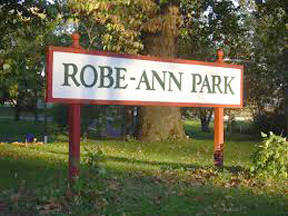 It was time to think about the future when the Greencastle Park Board pondered its five-year master plan recently.

Since nobody from the general public showed up at City Hall to provide in-person feedback on how the Greencastle Park and Recreation Department might approach that master plan -- a valuable tool for future grant possibilities and funding in general -- it was up to Park Board members themselves to dream a little dream, birds singing in the sycamore trees and all that.

And dream they did as landscape architect Cory Daly of HWC Engineering moderated the proceedings.

“We’re trying to establish a base line,” Daly said, “of what you think you’re good at and most importantly, what you hope to be.”

Such an exercise is important, Daly reasoned, because continuing to just focus “on day-to-day activities and maintenance, you’re going to lose interest sooner or later.”

He urged board members Beva Miller, Tim Trigg, Cathy Merrell and John Hennette to go to the “dreamy side” and ponder what could be done to make the city park system better.

And the dreams started coming.

A lazy river for the aquatic center. A second pool slide option. A new basketball court at Robe-Ann Park. Better signage directing people to all the local parks. Maybe even something with the quarry across Wood Street from the park.

Park Director Rod Weinschenk suggested the possibility of developing a three-acre neighborhood park at the north end of Longcastle Drive where a large section of limestone has prohibited connecting Longcastle with Ridgeland Road.

The end of Longcastle Drive, Weinschenk said, “has potential” for a park area with pickleball courts, a walking track and exercise area, particularly welcome in an area surrounded by condominiums and populated by older residents.

Adding a lazy river and second high-dive board to the aquatic center could make it a “multi-attraction” venue and provide an “adventure” for older pool-goers, Daly said, noting that adding different activities can easily lead to attracting more people.

Board member Trigg suggested that a space at the pool with basketball goals in an area where floaties could be used might be an attraction, as would new features for the splash park.

As for Robe-Ann Park in general, Daly called it a beautiful setting and said he “loves the topography changes.”

One thing that’s missing there is a decent basketball court, Trigg said, noting that plans for one to be included in the renovation of the tennis courts and addition of pickleball facilities didn’t work out in the final scheme of things.

The only existing basketball court, of course, is also used as a parking area for shelterhouse No. 5 and the softball diamond, so basketball play is often limited.

At the forefront of planning for Robe-Ann Park is also a better traffic pattern, Daly said, to “help circulation” and facilitate creation of a fantasy of lights project potentially featuring drive-through Christmas decorations.

Board member Merrell, meanwhile, suggested “something for older kids” would be welcome to help keep them from gravitating to the Emerald Palace and other play areas designed for smaller children.

“If they don’t have something to do,” she reasoned, “they’re going to find trouble.”

More attractive signage at the entrance to all city parks is needed, suggested ex-officio board member Wayne Lewis.

“Some people have no idea where some of these parks are,” he said. “They think it’s Robe-Ann and that’s it.

The Park Department has grown from the 36 acres Weinschenk inherited 17 years ago to 140 acres currently.

Lewis suggested the city needs a brochure like DePauw University has for its Nature Park to detail where the parks are and what they offer.

As for the quarry across the road from Robe-Ann Park being a future recreational possibility, Lewis surmised, ”I’m not sure anybody in this room even knows who owns that.”

But before the Park Department starts adding any more land or attractions, he noted, additional staffing is needed. He’d also like to see more police patrols at the park where officers get out of their vehicles and walk around, as well as additional maintenance personnel.

“These guys are overworked ... and underpaid,” Lewis added.

In addition to the dreams of the Park Board members, there have been 135 public responses to an online survey.

Daly said the survey should be left up through mid-November to maximize the feedback. The survey can be accessed at https://www.surveymonkey.com/r/Greencastle_Parks_and_Recreation_Survey. Paper copies of the survey are also available at City Hall.

The next step in the process is putting together a rough draft of the five-year (2018-22) master plan with a second public hearing set for the December Park Board meeting at 7:30 p.m. Thursday, Dec. 7 at City Hall.

The goal is to have the plan finished and sent to the Indiana Department of Natural Resources by the Jan. 15 deadline.