Krista Tippett to give DePauw Mendenhall Lecture at Gobin Thursday 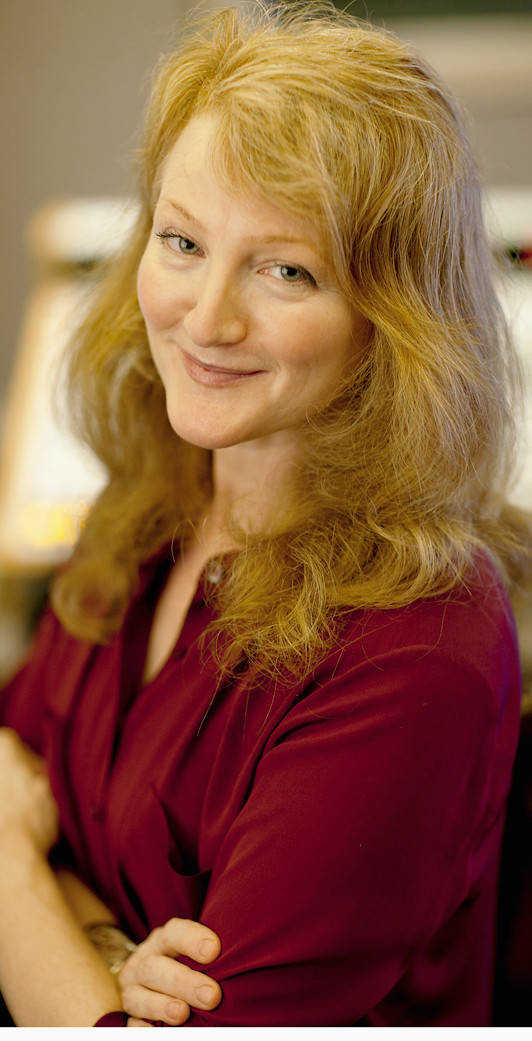 Tippett's topic will be "The Adventure of Civility" in a DePauw University Center for Spiritual Life presentation supported by the Bishop Matthew Simpson Endowment and Kerrilla Beamer Fund.

In 2014, Tippett received the National Humanities Medal at the White House for "thoughtfully delving into the mysteries of human existence."

On the air and in print, she avoids easy answers, embracing complexity and inviting people of ​every background to join her conversation about faith, ethics and moral wisdom.

Growing up in Oklahoma as the granddaughter of a Southern Baptist preacher, she studied history at Brown University and went to Bonn, West Germany, in 1983 on a Fulbright Scholarship to study politics in Cold War Europe. In her 20s, she ended up in divided Berlin for most of the 1980s, first as a New York Times stringer and a freelance correspondent for Newsweek, the BBC and Die Zeit. She later became a special assistant to the U.S. Ambassador to West Germany.

Tippett left Berlin in 1988, the year before The Wall fell. She lived in Spain, England and Scotland for a time, then pursued a M.Div. from Yale. When she graduated in 1994, she saw a black hole where intelligent coverage of religion should be.

As she conducted a far-flung oral history project for the Benedictines of St. John's Abbey in Collegeville, Minn., she began to imagine radio conversations about the spiritual and intellectual content of faith that could open imaginations and enrich public life.

In 2007, Krista published her first book, "Speaking of Faith." It is a memoir of religion in our time, including her move from geopolitical engagement to theology and the cumulative wisdom of her interviews these past years. In 2010, she published "Einstein's God," drawn from her interviews at the intersection of science, medicine and spiritual inquiry. Her New York Times best-seller "Becoming Wise: An Inquiry into the Mystery and Art of Living "opens into the questions and challenges of this century.

DePauw's Mendenhall Lectures, which were inaugurated in 1913, were endowed by Rev. Dr. Marmaduke H. Mendenhall. His desire was to enable the university to bring to campus "persons of high and wide repute, of broad and varied scholarship" to address issues related to the academic dialogue concerning Christianity.

Although he was a pastor in the North Indiana Annual Conference of what was then called the Methodist Episcopal Church, one of the parents of the United Methodist Church, Mendenhall explicity dictated that lectures be selected without regard to denominational divisions.

The endowment has allowed DePauw to bring theological and religious scholars of international repute to campus for a century.