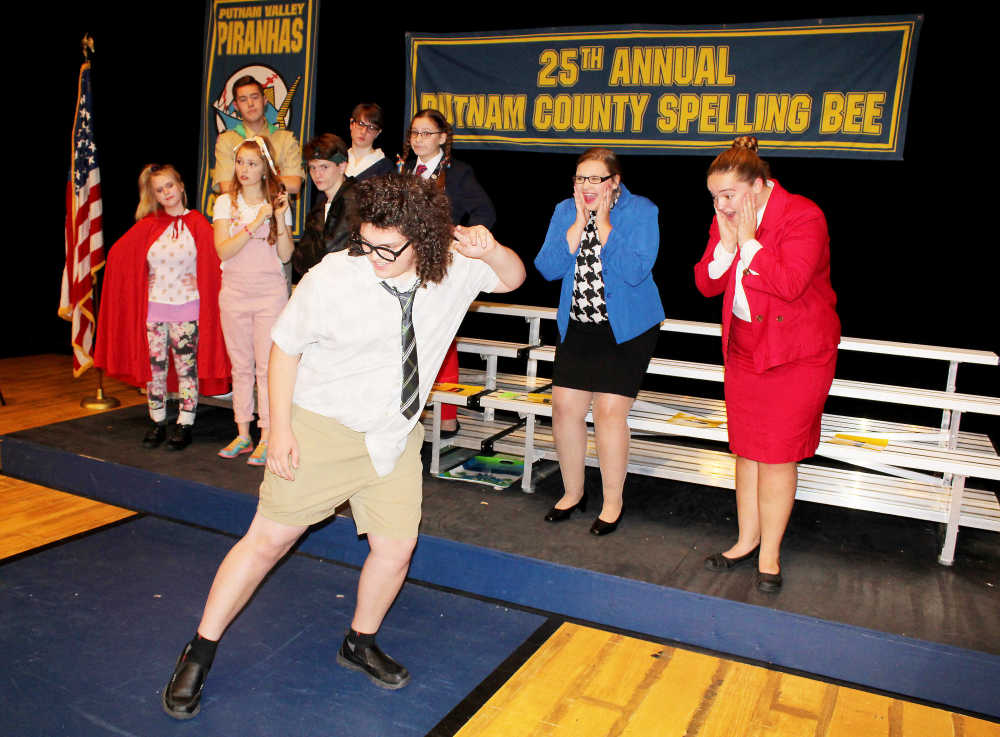 The show begins with Rona Lisa Peretti (played by Lauren Hopper) entering the gymnasium at Putnam Valley Middle School to set up for a spelling bee. As she checks the microphone, Rona has a flashback to the moment when she won the third annual spelling bee by correctly spelling syzygy. Rona then comes back to reality as the spellers enter and sing about their anticipation of the bee.

After greeting the spellers, Rona introduces the official word pronouncer, Vice Principal Diana Panch (played by Kayde Brook), who is returning from a five-year hiatus. Panch then introduces the intimidating-looking comfort counselor, Mitch Mahoney (played by Donovan Asbell), who is helping at the bee as part of his court-mandated community service.

An unusual aspect of the show is that four real audience members are invited on stage to compete in the spelling bee alongside the six young characters. These guest spellers are encouraged to try to spell their given words correctly, and the actors onstage improvise accordingly.

To add even more to the show, director Beth Bax has included a 20-member fictional audience made up of the spellers' family members. These actors act as the chorus as well as taking on small roles in the flashbacks each speller experiences.

Tickets for the show are $8 and can be purchased in the GHS bookstore. They will also be available at the door on show nights.