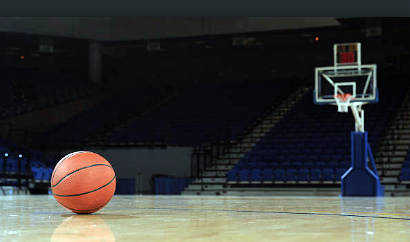 If recent history holds true, any team that wins the Putnam County Classic girls’ basketball tourney this weekend other than Greencastle will also win it next year.

Since 2000, each of the four county schools has won two or more titles in a row at least once, and each time a different team it won at least two straight times.

North Putnam was dominant to start the streaky stretch, winning from 2001-03. South Putnam then won three straight, and Cloverdale captured back-to-back titles in 2007-08.

Since that time, Greencastle has won six of the eight titles — with only a two-year run by South Putnam in 2012-13 interrupting the Tiger Cubs’ success.

So who will win this year?

Greencastle enters as the only team with a losing record, as the Tiger Cubs lost their first three games of the season before winning on Tuesday at Southmont.

All of the other coaches know the Cubs are still a threat, however. The teams they have lost to have a combined 8-4 record.

In talking with the other coaches this season, one thing is common when discussing Greencastle.

“He always finds a way [to be good],” they all said, almost identically.

“He” is Greencastle coach Bradley Key, who has won six of eight county titles since taking over the Tiger Cub program.

Key’s team is more guard-oriented this year than usual, but found the basket better on Tuesday than in previous games.

The player who found the basket the best for Greencastle on Tuesday was junior Jalyn Duff, who scored a season-high 21 points. Her father (Jarrod) happens to be coaching the North Putnam team from the opposing bench tonight.

Coach Duff does not look forward to these head-to-head matchups, and will probably take little consolation in the fact that this year’s pairings mean either his daughter or his own team will be in the finals.

Duff’s Cougars have had trouble hitting the basket this season, but showed signs of improvement in that area this week at Covington.

Duff thought his team played its best offensive game of the season at Monrovia last week, despite scoring only 14 points and shooting 4-for-36 from the field. He liked the shots his team got, and was confident they would start hitting them — which they did on Tuesday.

Karma got even with Monrovia, which was still full-court pressing in the second half while ahead 35-9. The Bulldogs used a player more than the five-quarter limit per night, and had to forfeit.

Most of the key contributors in that game are back again this season and continuing to shine.

South Putnam has only played twice, but has played tough defense and is getting great scoring from senior leaders Lillie Stein and Miranda Bieghler.

Cloverdale enters averaging 80 points a game through four outings, but knows it will be playing its toughest opponent to date tonight.

Tori Combs continues to average a double-double, and Sammie Shrum nearly had a quadruple-double earlier this year and — along with teammate Hailey Thomas — regularly totals at least seven or eight in several different statistical categories. Abby Walker is a 3-point marksman, as well.

If you haven’t watched these teams play yet, you should make it down to South Putnam tonight.

Should be a fun tourney.

So far: Greencastle lost 51-45 to Edgewood, 50-22 to Owen Valley and 68-40 to Beech Grove before defeating Southmont 53-38 on Tuesday. North Putnam defeated North Vermillion 28-26, lost 39-36 to Crawfordsville, lost 44-14 to Monrovia and defeated Covington 49-43. Monrovia forfeited its victory after self-reporting a violation of using a player in six quarters.

History: Greencastle won 62-15 on its homecourt in the regular season last year, and has won 21 of the past 25 games between the schools.

Key players: Jalyn Duff leads the Tiger Cubs in scoring at 11.0 points per game, coming off a 21-point performance at Southmont on Tuesday. Rose White averages 10.5 points per game, while Seelye Stoffregen scores 7.5 per game and Bailey Shuee adds 5.5.

Hannah Sims leads North Putnam in scoring at 5.5 points per game, coming off an 18-point performance at Covington on Tuesday. Payton Lyons adds 4.8 points per game.

History: The teams split four games last season. South Putnam won 54-33 in the county tourney semifinals and 47-45 in the sectional championship, while Cloverdale won 38-35 in the championship game of the Monrovia Holiday Tourney and 73-55 in the regular-season game. South Putnam holds a 23-10 edge over the past 15 years.

Lillie Stein leads South Putnam in scoring at 20.0 points per game, followed by Miranda Bieghler at 11.5, Lexi Vanihel at 9.5 and Caitlin Capps at 9.0.