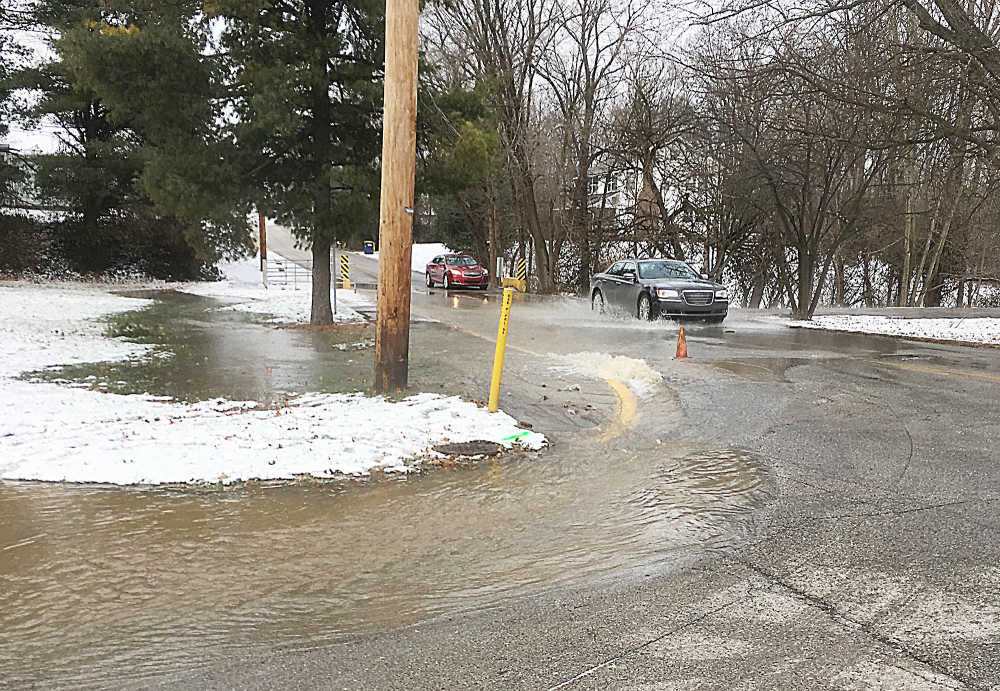 Being the longest-serving mayor in a city’s history generally leaves you in pretty good standing.

Apparently it will not, however, keep a broken city water main from dumping thousands of gallons in your yard.

When a water main broke along Shadowlawn Avene on Friday morning, it not only flooded a portion of the roadway, but also part of the side yard of the Highfall Avenue residence of former three-term Mayor Nancy Michael and husband Steve. 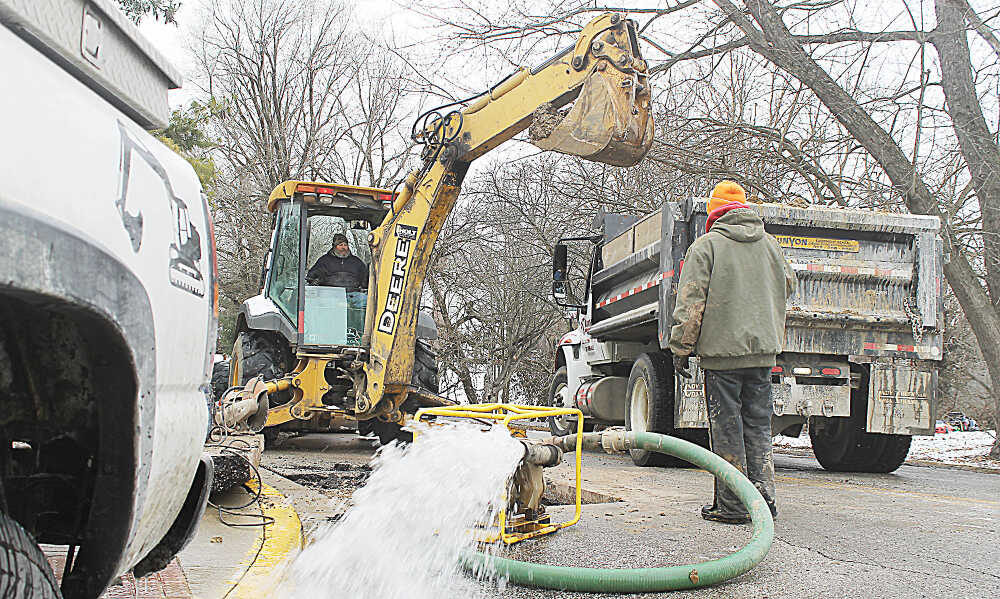 Authorities began receiving reports of the problem shortly before 10:30 a.m.

Crews from Joe Spiker Excavating were soon on the scene to repair the issue, first cutting out a portion of the pavement before pumping out the water and finding the problem spot.

The culprit was a hole in an eight-inch main well below street level. 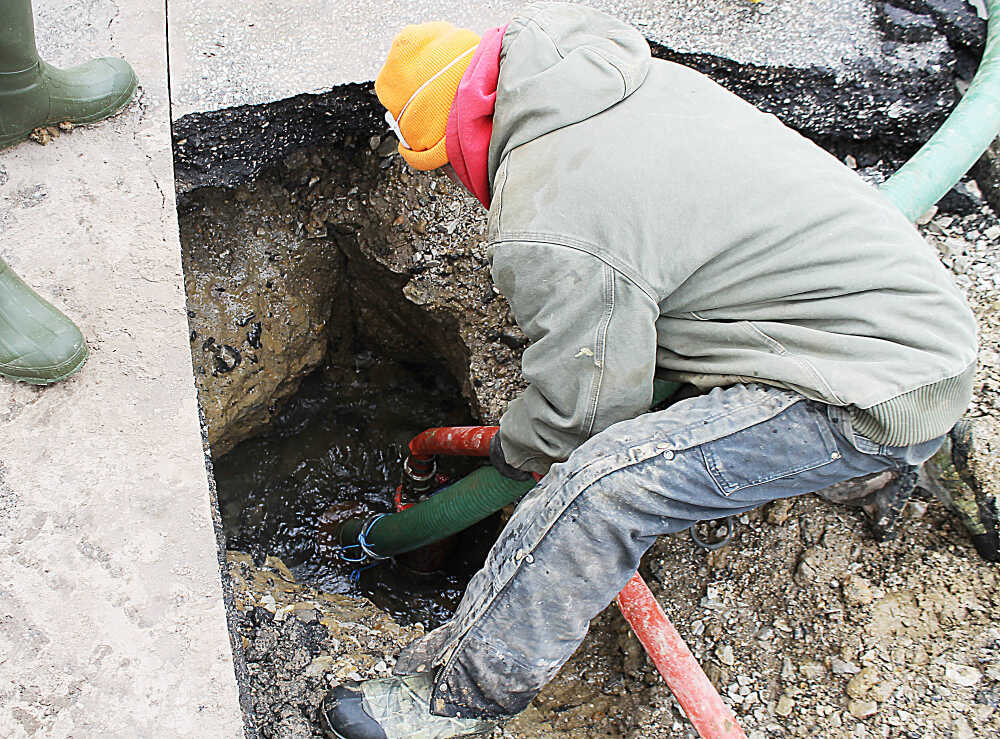 While a cause of the break had not been determined, Ed Phillips of Greencastle Municipal Utilities said the extreme cold of recent days could have been a contributing factor.

Phillips also said that to his knowledge, no customers were without water service as a result of the problem.

Additionally, no boil order was put into effect.

“We keep positive pressure on it,” Phillips said. “We try to eliminate that problem.”

Traffic was closed in the area as utility crews dealt with the issue.