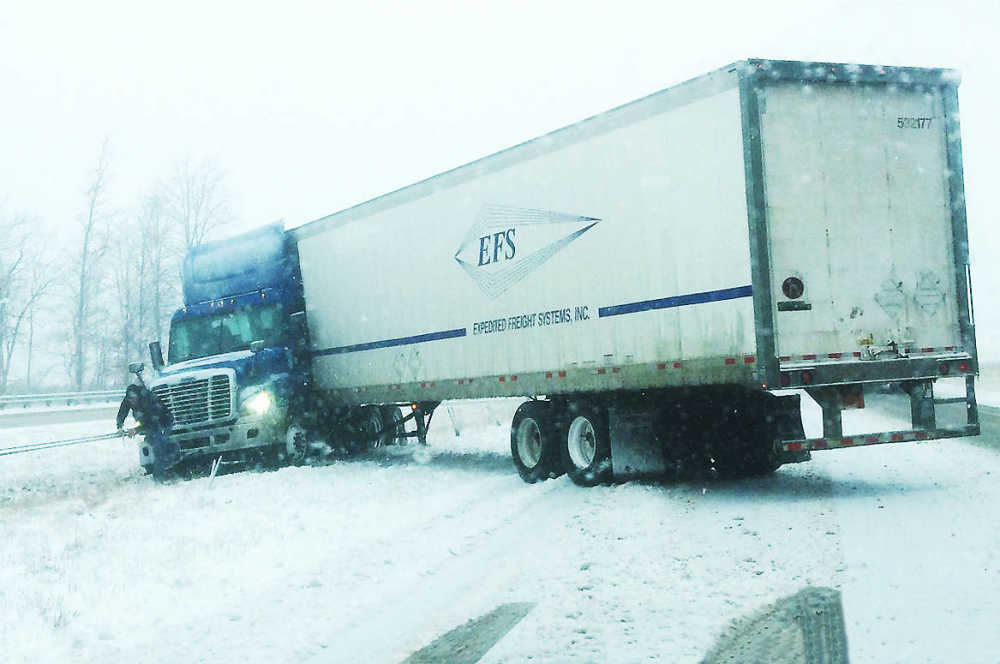 Traveling anywhere in Indiana isn’t easy with the ice and snow falling, but Interstate 70 in Putnam County was definitely no picnic Friday as a jackknifed semi blocking the roadway and cars sliding off into the median kept authorities busy much of the day.
Courtesy State police photo

And while the accumulation wasn’t what it could have been — less than two inches ­— and Putnam County certainly wasn’t hit as hard as areas south and east, driving on local roads wasn’t always easy Friday.

With the county spending much of Friday under a travel advisory, the lowest level of travel alert, roads were still treacherous in spots in Putnam County on Friday.

The most obvious was Interstate 70, where incidents briefly stopped and occasionally slowed travel for wrecks and slide-offs.

Around noon, Sgt. Joe Watts of the Indiana State Police Post at Putnamville reported mutliple crashes slideoffs around the 41-mile marker at Cloverdale, including a jack-knifed semi in the median.

ISP troopers and two trucks worked in the area to retrieve the semi and other vehicles, with Watts reporting “vastly improved” conditions by late afternoon. 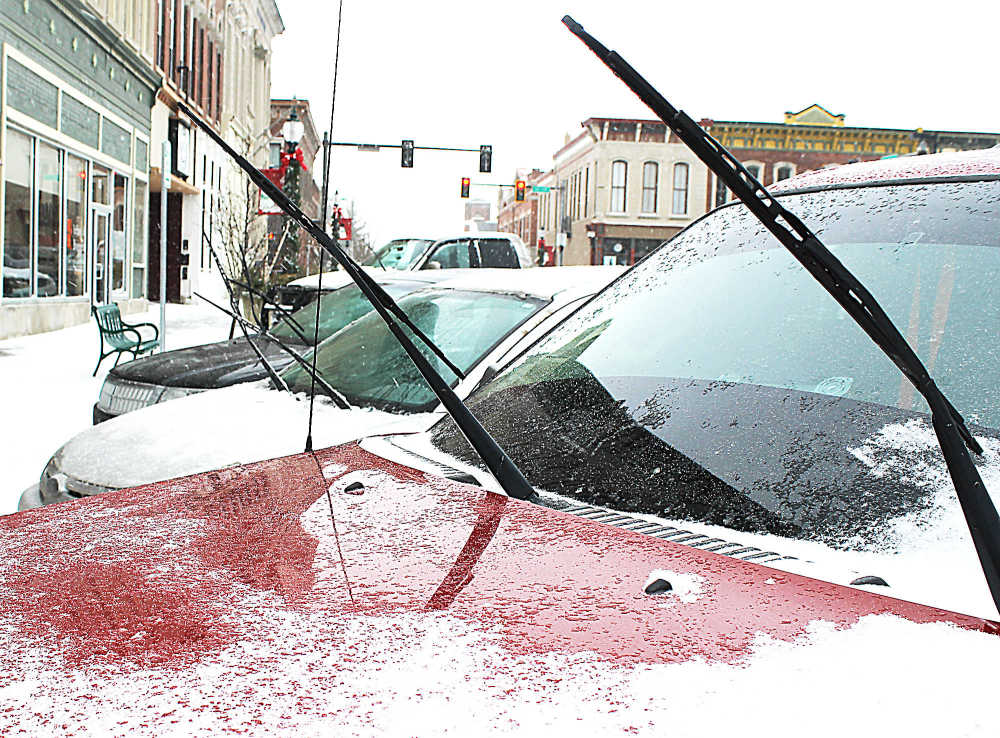 While the weather also kept local police busy, no information on local wrecks and slide-offs was available at press time.

besides the roads, though, Friday made for a battle to try and keep things clear. As more big, wet flakes fell, plow trucks continually made their way down state roads, county roads and city streets, only to have it replaced by more muddy slush a few minutes later.

The weather was enough to force the closure of all four Putnam County school corporations, which also came with the postponement of eight varsity basketball games.

By late afternoon, the precipitation was over, although the winter weather advisory remained in effect until 10 p.m.

For the weekend, the chances of precipitation have dropped to almost nil, but the cold weather is here to stay, replacing the springlike weather we enjoyed just a couple of days earlier.

Highs are projected at 21 degrees on Saturday and Sunday and 26 on Monday. The snow is also set to return on Monday, before the bottom drops out for a projected high of 10 degrees on Tuesday.