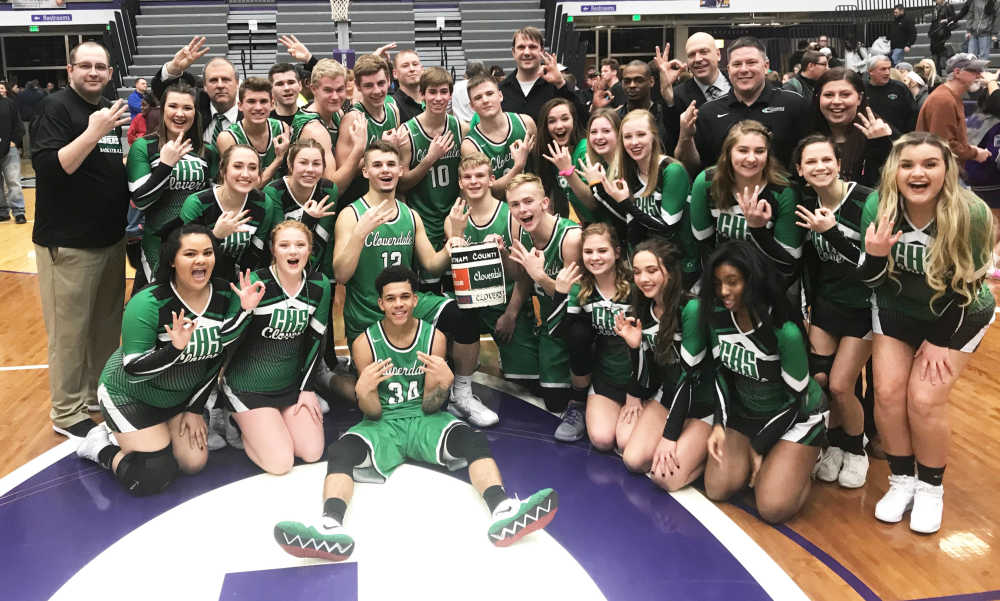 Cloverdale’s Jalen Moore had a bad game, for him, on Thursday night in the semifinals of the Putnam County Classic.

Moore had 24 points in his team’s win over North Putnam, his lowest scoring output of the season, shooting poorly from the field and while admitting he didn’t play good defense either.

Bigtime players can’t wait until their next game after they stumble, and Moore took out his frustrations against Greencastle on Friday night in the tourney finals.

Moore hit three of his first four 3-point field goals in recording 15 first-period points, and the Clovers gradually pulled away for a 61-44 win and their third straight county title.

“I was very upset that I had a bad game,” Moore said. “We came out [Thursday] and didn’t have any energy. North Putnam is a great team, and that’s why they stayed with us.

“After last night, I think everybody was mad about how we played and came out playing with a bunch of fire and played hard from the start.”

Moore ramped up his defensive effort against the Tiger Cubs as well.

“I had a huge focus on defense, and my dad told me I didn’t look like I wanted to play defense [Thursday] night,” he said.

Moore had all but one of his team’s points in the first quarter as his team held a 16-9 lead at the first stop, and added 11 more in the second quarter as the Clovers took a 33-22 halftime lead.

Cloverdale had its biggest lead of the first half at 27-13 after a Moore basket, but the Tiger Cubs got consecutive treys from Brody Whitaker and Benton Parmley to cut the gap down to eight.

Parmley had made six treys in each of his team’s previous two games, and drew considerable defensive attention from the Clovers. Junior Parker Watts drew the assignment, and that trey by Parmley was his only shot attempt of the game.

“Parker Watts gets our game ball,” said Clover coach Patrick Rady, who remained undefeated in county tourney play. “We looked at Parmley’s last two games, and that’s a back-breaker for defenses. We were not going to leave him no matter where he was.

“We told Parker that if he went to the locker room that he was supposed to go with him.”

Watts admitted being a little tired chasing his target around all night, and was satisfied with the results.

“I knew what I was coming in for in this game,” Watts said. “Coach challenges me every day in practice, and I took the challenge. I think I did pretty well with it.”

The third quarter was played to a 10-10 draw, giving the Clovers a 43-32 edge going into the final period.

Moore hit a basket and a free throw and Nick Winders followed with a basket to give the Clovers a cushion, but the Tiger Cubs were not done yet.

The Tiger Cubs could get no closer, though, as Moore scored eight straight points for his team to keep them from challenging.

Greencastle coach Bryce Rector was not disappointed with the effort of his team, and credited Moore with making things difficult for his squad.

“He’s a tremendous player,” Rector said. “He’s very tough to stop when he comes out hitting shots like that.

“You try to mix things up against him, and he takes advantage of it.”

Rector thought his team had chances to make a strong run in the fourth quarter and couldn’t take advantage of the opportunities.

“I think we missed a wide-open three that could have cut it to 10 or less in the fourth quarter,” he said. “Things kind of spiraled from there. We knew going into the game if we could keep the game close enough to be within striking defense at the end we could win, but we didn’t hit enough shots.”

The Tiger Cubs have three games remaining before sectional play, including a home game with Western Indiana Conference champ Edgewood on Feb. 20.

Rector doesn’t think he needs to overhaul what his team does.

“We just need to keep working on what we do,” he said. “We saw some things that we can work on, but overall we executed the game plan all right — we just went up against a great player.”

Rector acknowledge that Cloverdale had a strong defensive effort, particularly against Parmley.

“They did a nice job of taking him away,” he said. “I don’t know that we capitalized off that a ton, and they were really good defensively. We missed some good looks.”

York led three Greencastle players in double figures with 17, while Whitaker had 12 and Bollman added 10 points and 10 rebounds.

Rady recognizes that while it may be easy to just point to Moore as the reason for the win, the title was a collective effort.

“We hear chants of ‘one-man team’ all the time,” he said. “Parker Watts on defense, Jake Wilkes went to the boards, Clayton Miller comes in and gets several big rebounds, Nick Winders was all over the place ... we are not a ‘one-man team’ and it was proven once again in this game.

The Clovers improved their record to 8-1 during 2018, and also have just three regular-season games remaining.

The Clovers will host Indianapolis Manual on Friday for Senior Night, then go on the road to Shakamak and Rockville to close out the season.

“We’ve played with a chip on our shoulder all year,” he said. “That’s three counties in a row and four out of five. Now we set our targets on March.

“I feel great for the seniors [Moore and Winders] and the success they’ve had in this program,” he added. “It’s just something special.” 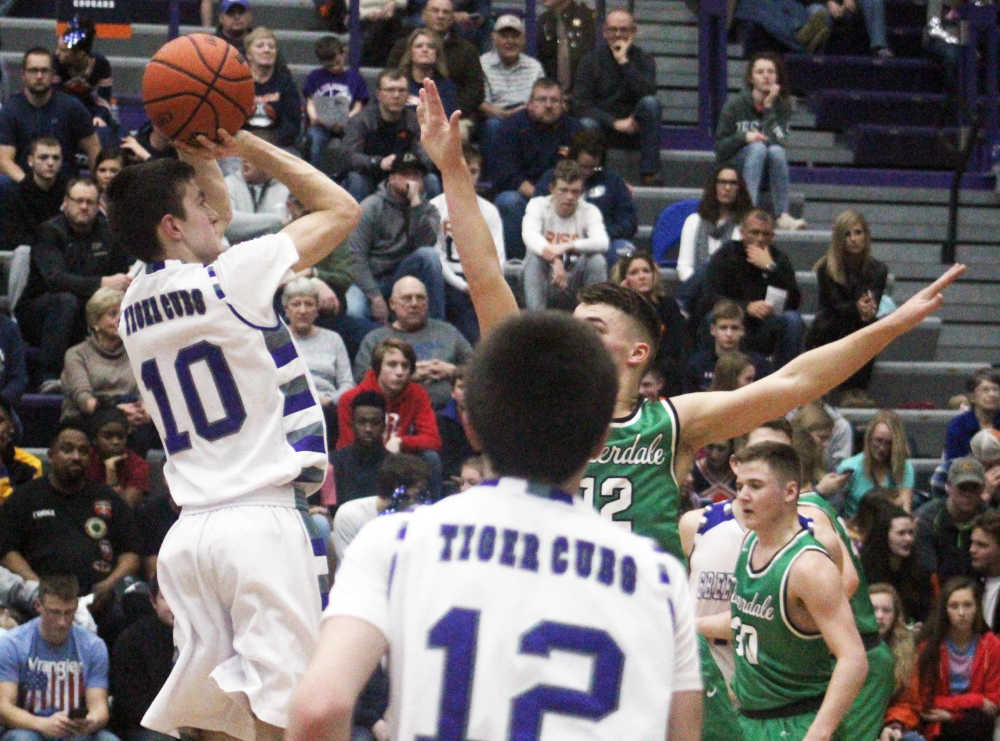 Greencastle's Colin York goes up to shoot over Nick Winders of Cloverdale on Friday night.
Banner Graphic/JOEY BENNETT
Comments
View 5 comments
Note: The nature of the Internet makes it impractical for our staff to review every comment. Please note that those who post comments on this website may do so using a screen name, which may or may not reflect a website user's actual name. Readers should be careful not to assign comments to real people who may have names similar to screen names. Refrain from obscenity in your comments, and to keep discussions civil, don't say anything in a way your grandmother would be ashamed to read.
Respond to this story