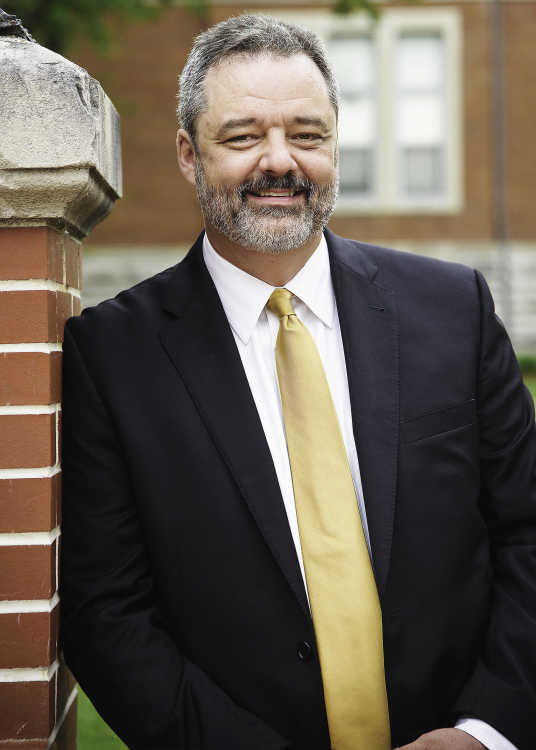 DePauw University President D. Mark McCoy will be among the presenters at the 100th annual meeting of the American Council on Education (ACE) March 10-13 in Washington, D.C.

Billed as “the nation’s most distinguished higher education event,” the conference at the Marriott Marquis will bring together nearly 2,000 leaders from deans to presidents from all institutional types.

McCoy will be a panelist on a Monday, March 12 discussion, “What Keeps Presidents Up at Night: Inside Higher Ed/Gallup Presidents Survey.” He will be joined by fellow presidents Joyce C. Ester of Normandale Community College and Mildred García, who head the American Association of State Colleges and Universities.

The discussion will be led by Doug Lederman, editor of Inside Higher Ed.

A synopsis of the program notes, “The public’s growing doubts about the value of higher education. Tensions between free speech, inclusion and safety on campus. The first year of the Trump administration, from Title IX to deregulation to skepticism about science. Concerns about the public’s view of the value of higher education. These are just some of the matters confronting campus chief executives.

“A confidential survey of college and university presidents by Inside Higher Ed and Gallup, to be released at ACE2018, explores campus chief executive officers’ candid views on these and other timely topics. At this session, Inside Higher Ed editors and a panel of prominent campus leaders will discuss the survey’s results and the implications for their colleagues and higher education.”