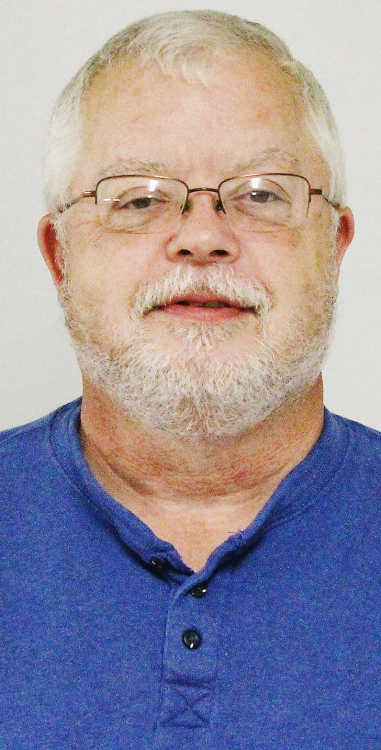 Clerk-Treasurer Gilson said he would be moving out of town, and his last day would be April 5.

The council announced that it already had two candidates, one of whom was present and had an interview after the meeting.

Look for details about Gilson’s time as clerk-treasurer in a future edition of the Banner Graphic.

-- Fillmore-Greencastle sewer meter: Town Maintenance Director Joe Cash reported a sewer meter that measures usage between Fillmore and Greencastle needs to be repaired, if not replaced.

Director Cash said it will be inspected next week and will be repaired right then, but if it needs to be replaced, the council will have to approve the purchase, which could see the issue delayed for three months.

Marshal Bunten said the town could get the car “any time ... free of charge,” and that necessary repairs and removing the sheriff decals would total less than $3,000. Marshal Bunten said he had not seen the car, but had been told by four people that it was “a good car.”

He also said he hopes to make it obvious that the car belongs to the Fillmore Police Department for the public’s benefit. The car could be in the FPD’s hands as early as Monday or Tuesday.

-- Rate study: Clerk-Treasurer Gilson is to return to the council’s April regular meeting with a list of agencies that can perform the town’s upcoming rate study.

“If another rate study is not done, it will have to maintain at that level,” Gilson said.

Although the council was favorable to another rate study, President C. J. Huller said, “We would rather not raise (rates).”

Gilson said that the council will also have to account for the costs of the study when it prepares next year’s budget.

-- Town clean-up day: The council discussed hosting the annual town clean-up day some time in the first two weeks of May and providing a larger dumpster this year. The council will be contacting local organizations to check their availability.

-- Truck routes and town signs: The council is still looking into the purchase of signs not only to designate the truck routes approved in July, but also to replace existing and stolen signs throughout town.

Also, the truck routes will not be enforceable until designating signs are posted.