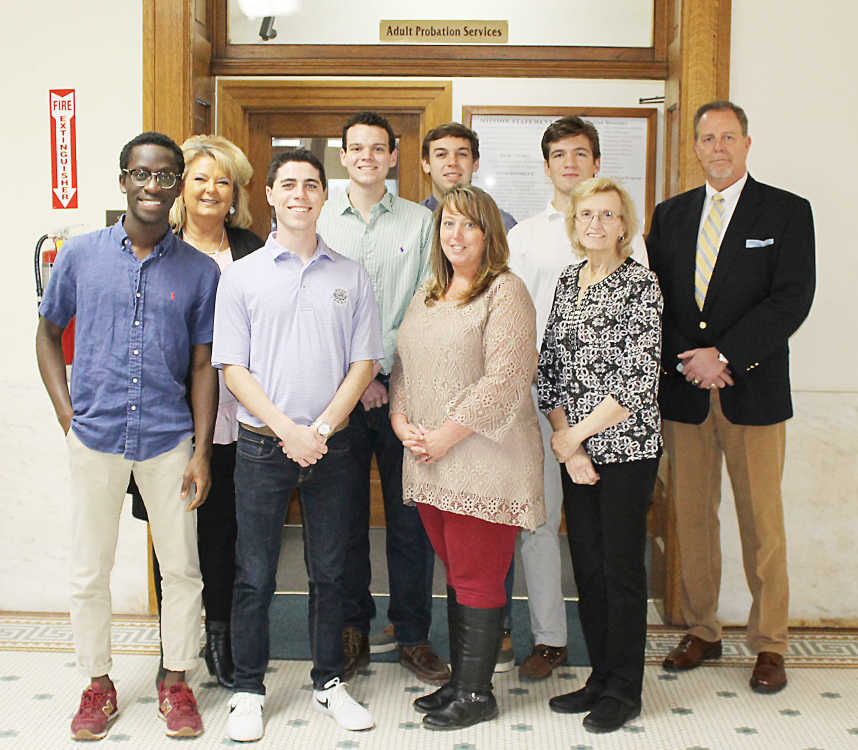 When a co-worker at Putnam County Adult Probation spoke about a problem one of her clients was facing recently, case manager Kelli Stevens had the seed of an idea.

Probation officer Malachi Taylor was meeting with a client, speaking with her about the need for a job in order to move forward for both the client and her children.

What she found was that the client was unprepared and nervous about interviewing for even a basic foodservice job.

After listening to the story, Stevens reached out to her son, Jonah Jones-Stevens, a sophomore management fellow at DePauw University.

Kelli thought that maybe Jonah could help with some interviewing and resume skills for such clients.

“I sent my son a message asking if he could help somehow with a resume and he said, ‘For sure,’” Stevens said.

As the philanthropy chairman for Beta Theta Pi, Jones-Stevens immediately saw a way for his house to make a difference in the Putnam County community. When he reached out to his fraternity brothers, the response was immediate.

“Within an hour, he had a great response,” Stevens said.

Calling the program Beta Bridge, the Betas are partnering with adult and juvenile probation, both Putnam County courts and the prosecutor’s office to help prepare for the job application and interview process.

“This is something free we can offer them,” Stevens said.

On a case-by-case basis, the clients will be referred to the involved students, who will help them with resume preparation, conduct mock interviews and even coach them on dressing appropriately for such interviews.

“Maybe help them realize their skills that they don’t know they have,” Stevens said.

On the subject of dressing appropriately, another partner is also on board. Putnam County Senior Center Director Sarah Quasebarth has offered vouchers for the Senior Center Thrift Store.

Quasebarth plans to help the clients pick out appropriate clothing as well as personal hygiene products, if needed.

Additionally, there could be a tutoring element to the program for juvenile probation clients.

During a recent organization meeting, there was also talk of getting a sorority on board with the program as well.

“The thing to know is this program is new,” Chief Adult Probation Officer Teresa Parrish said. “It might change as we go along.”

What is most important is that it provides additional career opportunities for the clients and with that a chance to move up and break the destructive cycles in their lives.