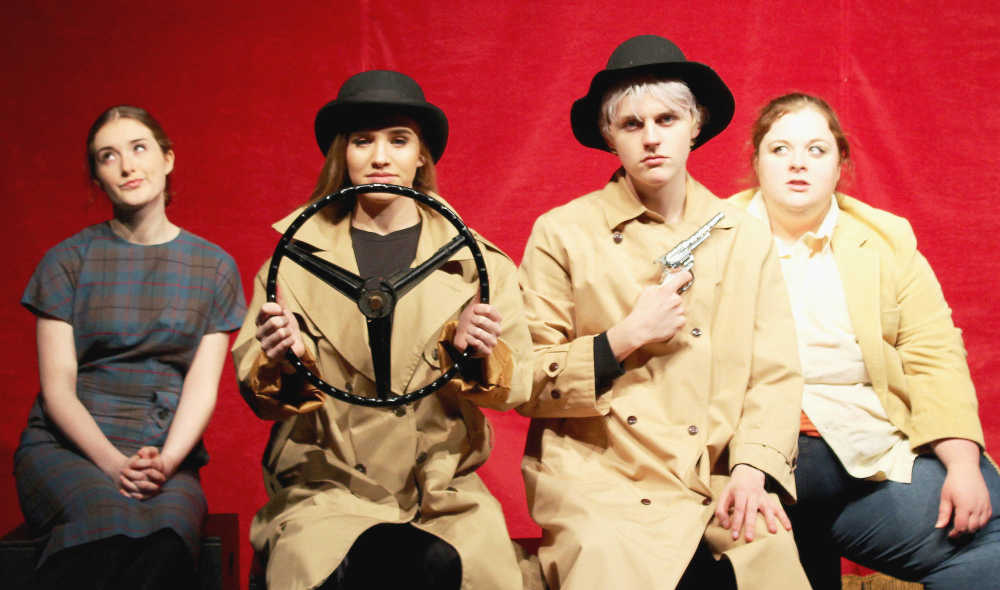 Michaela Semak, a 2017 Greencastle High School graduate with a number of GHS and Putnam County Playhouse acting roles to her credit, is appearing in the Vanity Theater production of “39 Steps” at Crawfordsville this weekend, March 9-11.

Friday and Saturday evening performances start at 7:30 p.m., while Saturday and Sunday matinees begin at 2 p.m.

Semak is one of four actors playing multiple roles (more than 100 characters in all) in a comedy based on an Alfred Hitchcock’s mystery film of the same name. Semak appears as Annabella Schmidt/Margaret/Pamela.

Mary Taylor is cast as Richard Hannay, Jake Junkins as Clown 1 and Maitlin Pearson as Clown 2 in the parody that pays homage to spy stories as well as references many of Hitchcock’s films.

The production is directed by Taylor, produced by Lora Burris, and stage managed by Ken Clark.

Tickets may be purchased online at www.sugarcreekplayers.org or by leaving a message at 765-362-7077. Tickets are also available at the theater box office, located at 122 S. Washington St.,Crawfordsville, which is open from 3-5:30 p.m. Monday through Friday and one hour before performances.