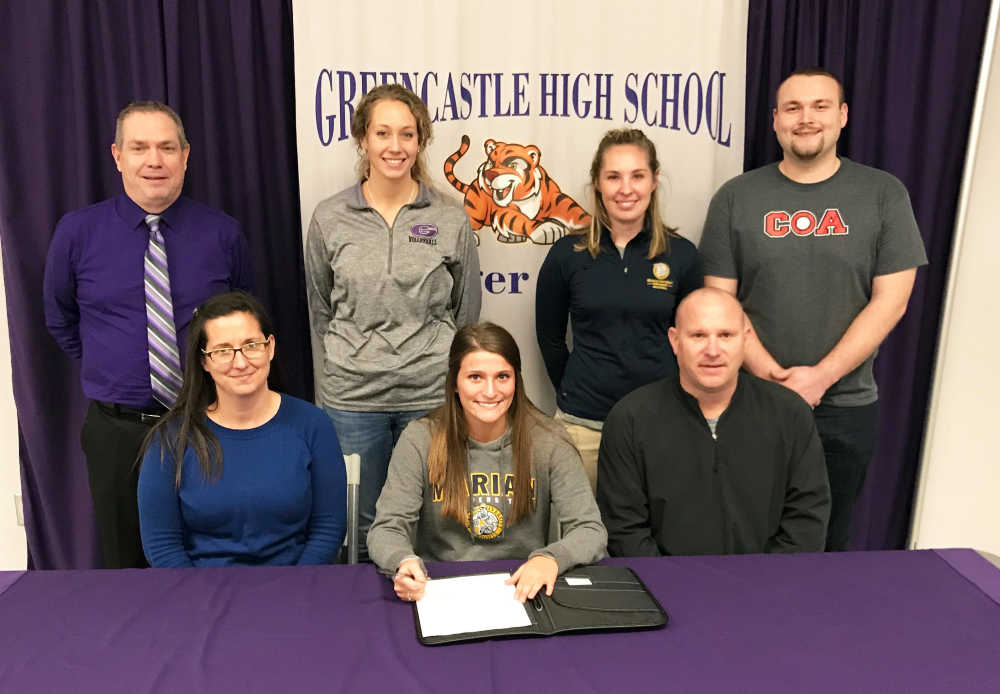 Maggie Meyer waited patiently for the opportunity to play college volleyball, seeing several of her travel teammates finalize their deals.

Once an opportunity came to be from Marian University, Meyer jumped at the chance and recently signed her national letter-of-intent to attend the Indianapolis NAIA school.

“I am so excited,” Meyer said after her signing. “I’ve wanted to play college volleyball ever since I can remember. Finally making it happen is one of the best things that has ever happened to me.”

Meyer led the Tiger Cubs to the sectional championship this year, and earned Putnam County “Player of the Year” honors for the second straight season.

She admits the recruiting process was difficult, and she is glad to have the task completed.

“Anyone who has gone through the recruiting process knows it’s tough,” she said. “As soon as I talked to coach [Ashlee] Pritchard and the rest of the players, I knew that’s where I would wind up.”

Meyer, who focuses on defense as a libero, likes everything she sees in the Knight program.

“I like how they run their team with a fast pace,” she said. “They have a great team unit, and you can see that from the stands. Everyone was very open, nice and honest during the process and they weren’t scared to be open with me.”

Greencastle coach Maggie Walters predicts success for Meyer at the next level.

“Maggie has worked incredibly hard in order to achieve her goal of playing at the next level,” she said. “For her position, it is very difficult to get much attention from college coaches. Most college teams focus on recruiting and signing hitters and setters, and the defensive specialists come last.

“Maggie’s ability to lead a team on and off the court is what makes her stand out from other players,” Walters added. “She is such incredible leader, and she will bring success to Marian because of her ability to bring a team together. “

Pritchard is glad to have Meyer to join her successful program. The Knights had a 28-7 record last year, won the Crossroads League title and competed in the NAIA national tournament for the first time — winning their first-round match.

“She had played with one of our players [North Putnam graduate Taylor Nauert] before,” Pritchard said, on how she became interested in Meyer’s services. “Taylor talked about her personality and how she would be a great fit. We went to watch her play, and she’s just a great volleyball player.”

“She demands attention on the court, and she’s incredibly feisty,” she said. “From a libero and a defensive specialist standpoint, those are the qualities we are looking for. We couldn’t be more excited to have her to join our program.”

Pritchard played collegiately at Taylor University, and knows what it takes to be a strong defender.

“It’s a very important position on the court,” Pritchard said. “I may be a little bit biased, since that’s my background in playing, but someone who has the ability to read the hitters and put yourself in the right place and get that ball off the ground is very important — as well as being able to talk to your hitters and be the quarterback on the court.

“It’s a very impactful position for us,” she continued. “Our team is known for very strong defense [top five in nation], and we need to keep building upon that. She’s a great addition for us.”

Pritchard acknowledged that the amount of time that passes between a spike and a dig is even less at the college level, and considers strong judgment as a necessary quality to play the libero position.

“It’s a lot of instinct, and a lot of understanding hitters and their tendency,” Pritchard said. “We look for skill when we get new players, but more importantly it’s personality and if they are going to jell with our team.

“Maggie has both of those things.”

Meyer realizes her reaction time will need to be even sharper, but knows it’s a team effort.

“You definitely don’t have much to react,” she said. “But I will have some big girls at the net to help me out, and that will be nice.”

Meyer will major in business and finance, with a goal of eventually working in commercial real estate.

Meyer is playing her final season with the Crossroads of America travel team based in Terre Haute.

Her team is basically a Western Indiana Conference all-star team, including Megan Heck, Sera Little, Jennifer Lundy and Olivia Lundy of Northview, Lexi Netherlain of Sullivan and Morgan Weir of West Vigo as well as Jaelyn Fennell and Chloe Mason of Terre Haute North, Madison Karrfalt of Covington and Emma White of Rockville.

“We’ll be going to a lot of big tournaments,” she said. “Besides our school program, COA has been a huge part of my development as a player. I think it makes a difference [to play on a travel team] to get out of your comfort zone, meet new girls, play great competition and get different coaching.

“Winning a sectional and signing to play in college has made this a great year,” Meyer added. “I couldn’t have asked for a better high school season with better girls. Going on to create new memories and friends at Marian will be something else I will always have.” 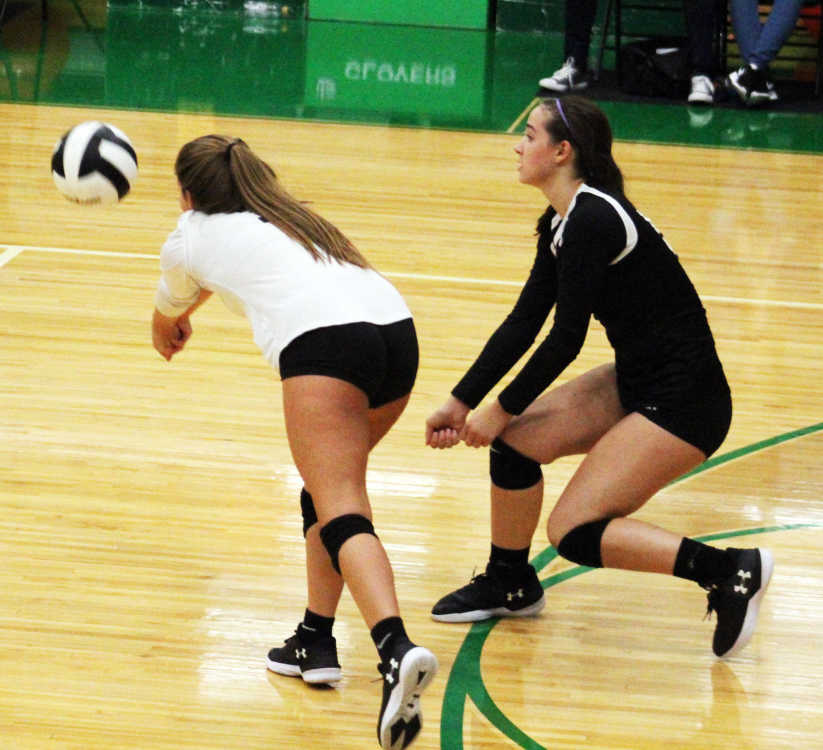