PARKERSBURG — A West Lafayette woman was arrested just north of the Montgomery-Putnam county line Thursday night after leading police on a chase through parts of three counties. 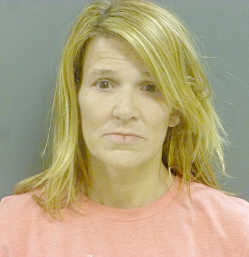 The incident began at 9:52 p.m. when Parke County sheriff’s deputies responded to an address at Paradise Bay in the Raccoon Lake area for a report of a suspicious vehicle.

Upon arriving at the scene, vehicles found an SUV matching the description and attempted to conduct a traffic stop.

Instead, the driver fled from deputies, heading eastbound on U.S. 36 into Putnam County.

Police reports on the scanner Thursday night indicated the pursuit reached speeds as high as 90 mph.

Upon reaching U.S. 231, McMullen headed north through the Fincastle and Raccoon areas before police applied stop sticks just into Montgomery County at Parkersburg.

The vehicle then crashed into a ditch and McMullen was quickly apprehended.

She was transported to Rockville and charged with resisting law enforcement with a motor vehicle.