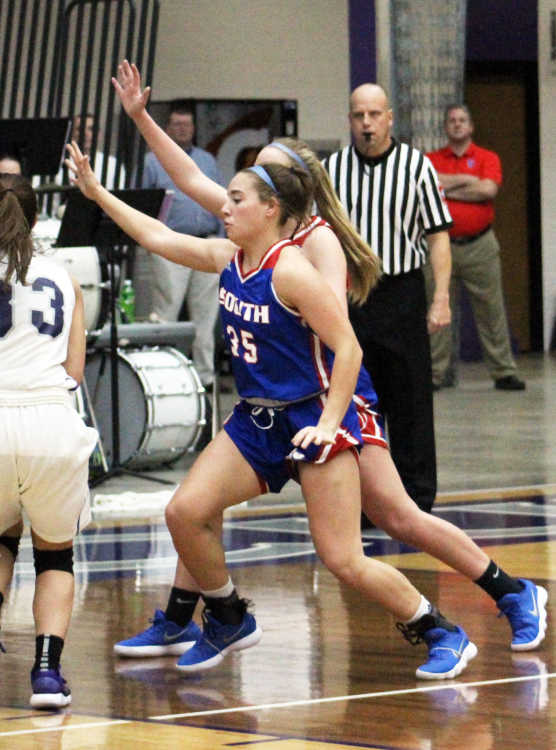 The 2017-18 all-Putnam County girls’ basketball team closely resembles last year’s edition, with five of the seven players being repeat members – and three of them placing on the honor squad for the third straight year.

South Putnam senior Lillie Stein, one of the third-year all-county members, was voted as the county’s Player of the Year by the county’s coaches after leading the Eagles to their second straight sectional title.

She is joined on the seven-member team by Eagle classmate Miranda Bieghler and Cloverdale junior Tori Combs, last year’s Player of the Year.

Here is a look at each player:

• Lillie Stein, Sr., South Putnam – Stein led the county in scoring at 16.8 points per game, and also pulled down 6.3 rebounds per game. She averaged 3.0 assists and 3.4 steals per game while shooting 40 percent from the field, 27 percent from 3-point range and 58 percent from the free-throw line.

She has committed to play collegiately for Franklin College, but has not yet signed a national letter-of-intent. 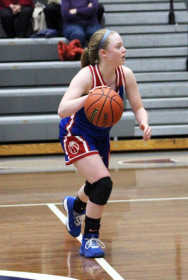 • Miranda Bieghler, Sr., South Putnam – Bieghler ranked second on the Eagles in scoring at 11.6 points per game and also averaged 4.2 rebounds, 4.6 assists and 2.3 steals per game.

She had high games of 20 points against both West Vigo and Triton Central, nine rebounds against Eminence, nine assists against Sullivan and seven steals against Rockville.

Bieghler, who was earlier named to the all-Western Indiana Conference team, will sign a national letter-of-intent next week to play for Manchester. She was also named first-team Academic All-State by the IBCA. 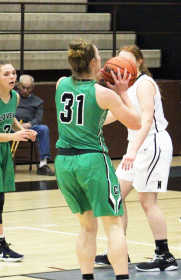 • Tori Combs, Jr., Cloverdale – Combs averaged 14.0 points and 12.7 rebounds per game to lead her team in both categories as the Clovers set a school record with 17 wins. She also averaged 2.6 assists, 3.4 steals and 2.7 blocks per game.

She was earlier named to the all-Western Indiana Conference team and received honorable mention from the IBCA on its “Small School” all-state team. 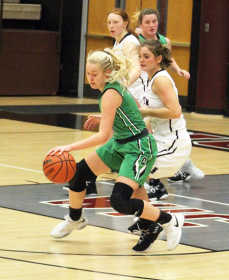 • Sammie Shrum, So., Cloverdale – Shrum ranked highly in every statistical category for the Clovers as the only sophomore member of the all-county squad. She averaged 12.4 points, 6.0 rebounds, 3.5 assists and 2.9 steals per game.

• Rose White, Sr., Greencastle – White, whose sister Allison was the county “Player of the Year” in 2016, had a breakout season this winter by averaging 10.8 points and 7.8 rebounds per game. She also averaged 1.5 assists and 1.4 steals per game.

White shot 47 percent from the field in leading Greencastle to a 16-9 record, county championship and runnerup finishes in the sectional and WIC. She shot 69 percent from the free-throw line, with season highs of 18 points against Tri-West and 16 against Edgewood, South Putnam, Sullivan, Northview and Southmont. She had season-high totals of 16 rebounds against Cloverdale and South Vermillion. 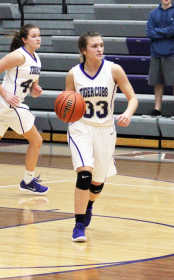 • Jalyn Duff, Jr., Greencastle – Duff not only was the co-leader in scoring for the Tiger Cubs in scoring at 10.8 points per game, but also ran the team from the point guard position. She also averaged 7.8 points, 1.5 assists and 1.4 steals per game.

She was earlier named to the all-Western Indiana Conference team. 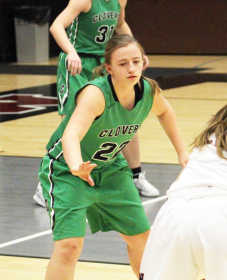 • Abby Walker, Sr., Cloverdale – Walker, a 3-point specialist who will play sign her national letter-of-intent next week to play collegiately at Manchester next year, was third on the Clover squad in scoring with 10.3 points per game. She also averaged 1.7 rebounds and 1.2 assists per game, shooting 37 percent from the field and also 37 percent from 3-point range.

Walker’s 69 treys this season led all county players, and she hit 182 for her career. Walker had season highs of 27 points against Turkey Run – which included seven 3-pointers. She also hit five treys against South Newton.