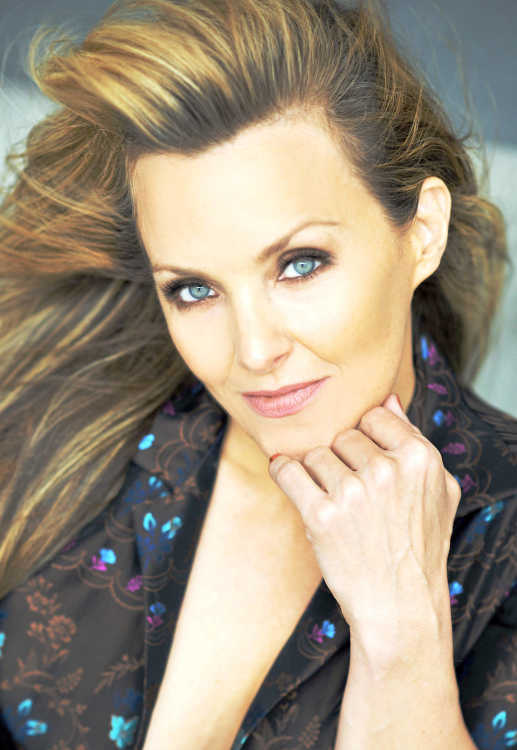 Included in the School of Music’s event schedule next week will be the return to campus of two accomplished alumni, tenor Thomas Cooley, a 1991 graduate of DePauw University, and the Tony Award-winning actress and singer Alice Ripley, a member of DePauw’s class of 1985.

The community is invited to attend all four events in the Green Center’s Thompson Recital Hall. 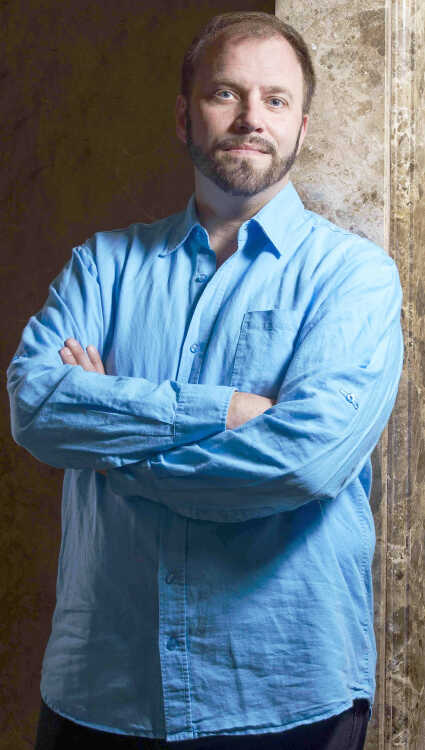 Renowned for his agility and skill in Baroque music, Cooley is in particular demand as an interpreter of the works of Bach and Handel, especially in the role of the Evangelist in Bach’s Passions and in the great oratorios of Handel.

He appears regularly with such historically informed groups as Philharmonia Baroque Orchestra, Handel and Haydn Society, Bethlehem Bach Choir, Akadamie für Alte Musik, Boston Baroque, the Carmel and Oregon Bach Festivals, and the Munich Bach Choir. Among Cooley’s performances as artist-in-residence in 2015/16 with Music of the Baroque in Chicago was the title role in Handel’s Judas Maccabaeus.

Recent concert highlights include the world premiere and recording of Christopher Theofanidis’ “Creation/Creator” with Atlanta Symphony, and his first foray into Wagner with an excerpt from Parsifal with the St. Louis Symphony. The tenor also performs regularly with major orchestras and festivals such as the Lincoln Center Mostly Mozart Festival.

Thematic threads that run through Cooley’s 7:30 p.m. concert on Tuesday, March 13, encompass a wide range of styles and languages. Songs of Henry Purcell detail a sacred desire to both worship and take comfort in the arms of the Creator. Four works by Franz Schubert express a profound sense of longing — for safety, for a lover who is far away, for rest or perhaps death, and for the return of night and dreams — and similarly music by Tchaikovsky embodies a sense of yearning and loneliness in his beautiful melodies.

Cooley’s song selections by Henri Duparc move from the mystical longing for an ideal land where one can live and love as one would choose, through the deluded dream of the unhappy lover in “Le manoir de Rosamonde,” and end in the dreamy, eroticism of “Phydilé.” The incredibly profound Holy Sonnets of John Donne, composed upon Benjamin Britten’s return following the end of World War II, have a darkness and terror within them, which perfectly capture Donne’s inner turmoil about his own desires, both earthly and heavenly. In their structure and sound world, echoes of both Schubert and Purcell can be heard.

The tenor will be accompanied March 13 by guest pianist Erika Switzer, a member of the music faculty at Bard College and the Vocal Arts Program of the Bard Conservatory of Music, where her work centers on diction for singers, vocal coaching and chamber music.

Then on Sunday, March 18, DePauw alumna Alice Ripley, who can be seen portraying the role of “Kathleen” in the new Netflix comedy Girlboss, will return to campus to lead a master class with DePauw’s voice students, followed by an audition workshop on Monday, March 19. Both of Ripley’s events will be offered from 6-9 each evening in Thompson Recital Hall.

Ripley, who has an almost cult-like following in the theater world, earned critical acclaim and won a Tony Award for Best Actress in a Musical and a Helen Hayes Award for her work as “Diana” in the Pulitzer Prize-winning rock opera “Next to Normal.”

An accomplished musician who also writes and produces her own music, she has won three Best Acting awards to date for the indie musical movie favorite “SUGAR!,” which was recently presented on the 2016 festival circuit to outstanding reviews. A highlight of the 2017 season was her Broadway Records release of the music of “SUGAR!.”

An original member of numerous Broadway casts, Alice originated the roles of Janet Weiss in “The Rocky Horror Picture Show,” Molly Ivors in James Joyce’s “The Dead,” Betty Schaefer in “Sunset Boulevard,” the Specialist’s Assistant in The Who’s “Tommy,” and Bathsheba in “King David,” as well as having a long stay at the Imperial Theatre as Fantine in “Les Miserables.”

Ripley also received Tony and Drama Desk Award nominations for her portrayal of conjoined twin Violet Hilton in “Side Show.” In 2016, she performed in the original Broadway cast of “American Psycho.” TV spots include “30 Rock,” “Blue Bloods” and “Royal Pains.” Other film credits include “Sing Along,” “Isn’t It Delicious,” “The Adulterer,” “Bear With Us,” “Temptation” and “Muckland.”

Among the songs and scenes Ripley will work on March 19 with musical theater students will be “Pulled” and “Where Did We Go Wrong” from “Addams Family”; “Seventeen” and “Kindergarten Boyfriend” from “Heathers”; “Who I’d Be” from “Shrek” and “Here Within These Walls” from “Sister Act.”

“How exciting to have these two alumni return to share their immense talents and expertise not only with the greater community but also with our students,” said Professor Caroline Smith, coordinator of the school’s voice division. “It is always beneficial for our current undergraduates to hear from and learn firsthand from alums who have such amazing careers and successes.”

All four events will be offered for free in the Green Center’s Thompson Recital Hall. No tickets are needed.