GHS toasts 80 years of ‘Our Town’ with two weekend shows 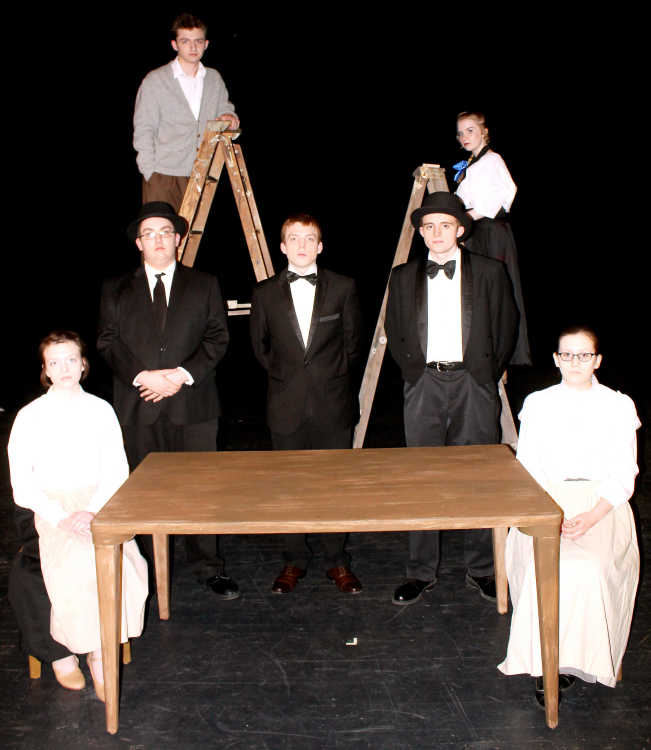 Thornton Wilder’s classic drama “Our Town” will take to the stage this weekend in Parker Auditorium on the Greencastle High School campus in celebration of the play’s 80th anniversary.

“Our Town” is set in the fictional American small town of Grover’s Corners, New Hampshire, between 1901 and 1913 and tells the story of the everyday lives of its citizens. It is a play-within-a play, so the stage manager’s telling of the story is set in 1938.

The play is performed with very little scenery on a mostly bare stage. With a few exceptions, the actors mime actions without the use of props.

In the script Wilder asks all directors to remain true to this style since it depicts his message that we should all find value in the simplest and smallest events in our lives.

The Stage Manager (played by Tylan Jones) is the narrator, commentator and guide through Grover’s Corners. He also steps into the action at times portraying a minister and the soda shop owner. He focuses on the lives of the Gibbs family and Webb family to drive home his message about the beauty of daily life.

The play is being directed by GHS theater teacher Bethany Bax.

Show times are Friday and Saturday at 7:30 p.m. in Parker Auditorium at McAnally Center. Tickets are available at the door. All seats are $6.