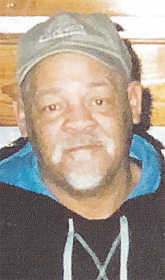 Curtis was born June 11, 1939 in Richmond, the son of Duffy and Almeda Woods Hughes.

Curtis was a longtime resident of Greencastle, where he enjoyed bowling, fishing and playing softball. He also retired from Lobdell Emery in Greencastle.

He is survived by his wife, Barbara Hughes, and five children, Stenetta (Courtney) Richardson, Anjuan (Bethany) Hughes, Stevonia Hughes, Latasha (Jeremy) Noel and Dujuan Hughes. He is also survived by his twin sister Jeanette, 19 grandchildren, nine great-grandchildren and a host of nices and nephews.

He was preceded in death by his parents; three sons, Tony, Jeffrey and Jovon; and granddaughter Chloe.

Per his request, Leek & Sons of Danville, Ill., will be taking car of cremation arrangements.

A memorial will take place in Greencastle at a later date.