While making a mockery of a street sign at Spring Street.
Courtesy/Staff photo

So much for the Palm Sunday tornadoes.

Spring officially began last Tuesday, but the date didn’t matter when 6.5 inches of snow and ice fell on the area between Friday night and Saturday evening. 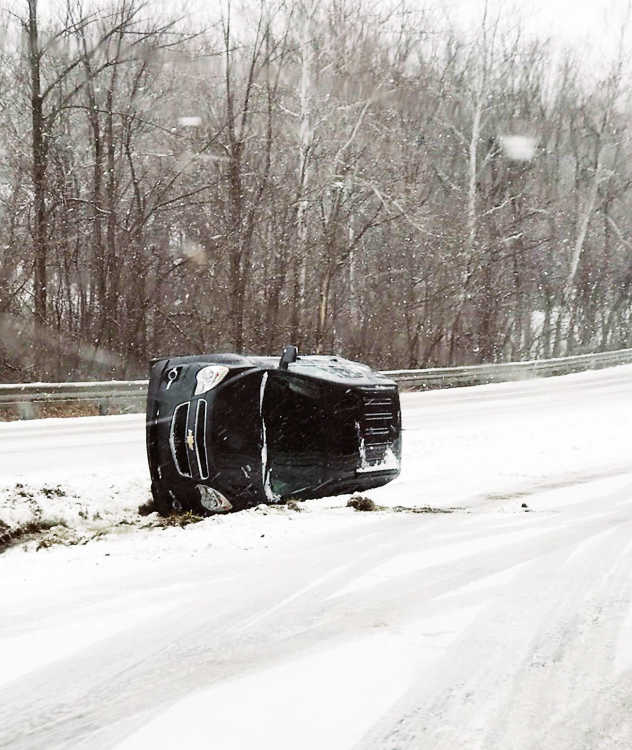 Saturday’s unseasonable weather took a greater toll on motorists, such as the driver of this Chevrolet SUV in the median of U.S. 40 east of U.S. 231.
Courtesy/Staff photo

That total alone exceeds the 5.0 inches of white stuff observed so far this winter by weather watcher Diana Faust of Fillmore.

It all adds up to March far outpacing the other months of this snow season, with 6.8 inches in March, followed by 3 inches in December, 0.9 inches in February, 0.8 inches in January and no snowfall in November.

For the most recent storm, Faust reported 1.5 inches of snow and ice at 7 a.m. Saturday, then another 5 inches by Saturday evening. 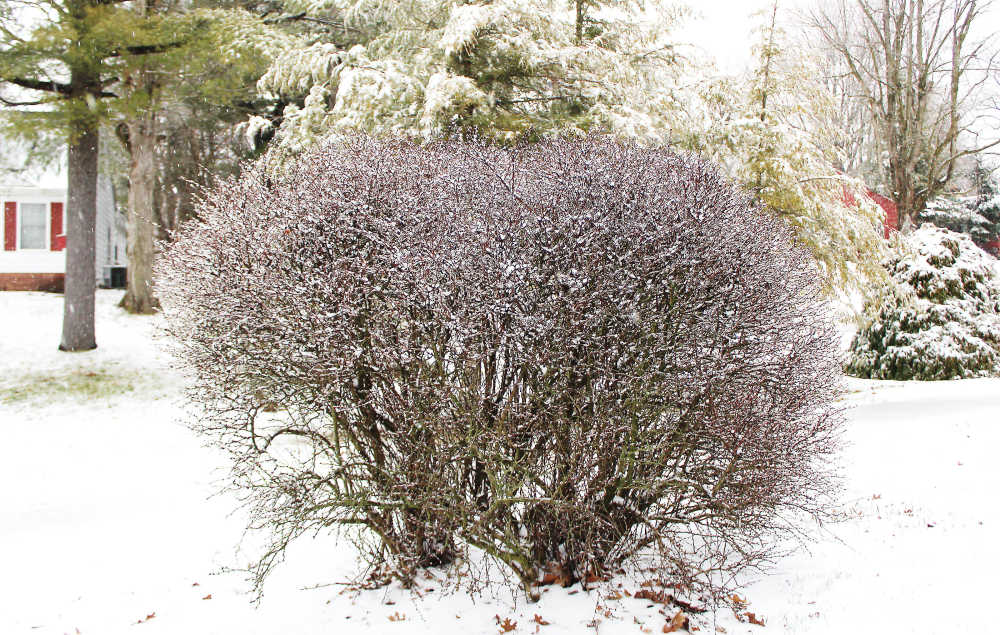 Of course, the weather also brought with it a touch of beauty, like the frozen bush on Greenwood Avenue.
Courtesy/Staff photo

It was that second round of heavy, driving snow on Saturday afternoon and evening that wreaked havoc on area motorists.

From midnight Friday to midnight Saturday, Putnam County 911 received a total of 42 calls from motorists, including eight crashes with injury, two with property damage only and 32 slideoffs, according to Russ Evans, public information officer of the Putnam County Emergency Management Agency.

Specifically, the Putnam County Sheriff’s Department responded to at least 15 weather-related incidents, with the 10 of these coming between 11 a.m. and 7 p.m. Saturday. (For more information, see Putnam Scanner on page 4A.) 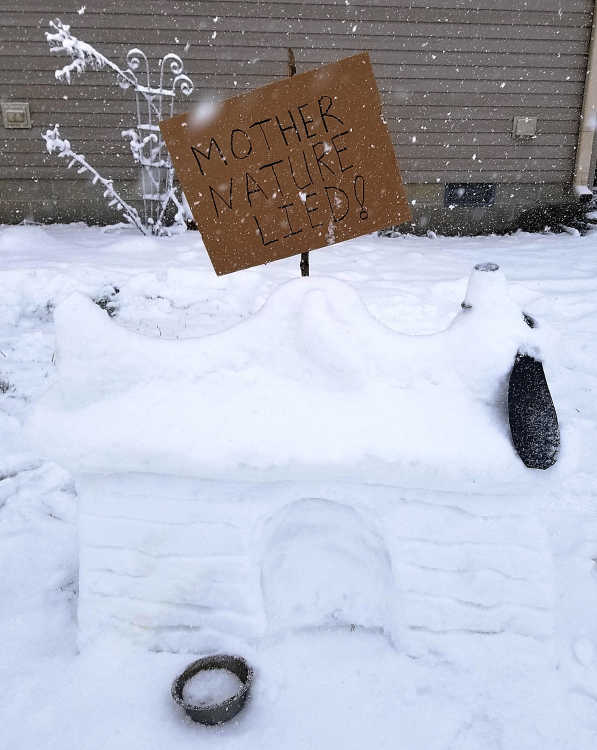 A great packing snow, it even gave one mother the chance to turn back the clock. Her children grown and moved away, Sharon Chadd nonetheless ventured out in the snow to build a doghouse, complete with Snoopy on top.
Courtesy/Staff photo

Putnam County didn’t even get the worst of it. Indianapolis reported receiving 10.2 inches of snow this weekend.

Nearly as quickly as this unseasonal weather pattern moved in, it’s being replaced by weather more typical of late March. Unfortunately, that could also spell more trouble.

The melt-off began on Sunday and continued Monday, with the temperature topping out at 51 degrees Monday at the Greencastle Middle School weather station.

What the sun didn’t get, the rain will. Showers moved into the area early Monday evening, with between a quarter and half inch of rain expected overnight.

The rain is predicted to get even heavier Tuesday and into Wednesday morning, with the National Weather Service issuing a flood watch for much of Central Indiana to remain in effect through Wednesday morning.

As much as two inches of rain was expected between Monday night and Wednesday morning.

The rainfall, coupled with the melting of snow, is expected to saturate the ground and produce flooding.

The foolishness is set to continue through Sunday, April 1, with at least a chance of showers every day from Tuesday through Easter Sunday.