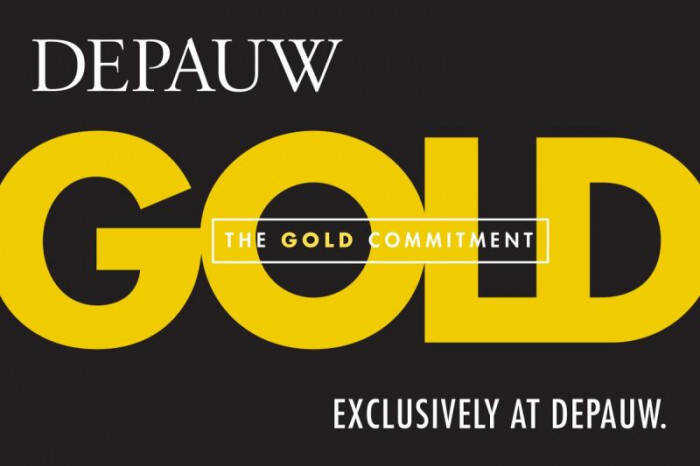 “There is abundant evidence that a liberal arts education prepares graduates for successful careers, as well as, of course, a successful life,” reports Inside Higher Ed. “But with many parents and policymakers increasingly focused on students’ first jobs, DePauw is making a grand statement to show that it can do that, too,” writes Doug Lederman.

“With its Gold Commitment, which DePauw quietly rolled out during its current admissions cycle, the university promises every graduate a ‘successful launch.’ The university vows that for any student who does not have an “entry-level professional position” or acceptance to graduate school within six months of graduation, DePauw and its employer partners will either give them a full-time entry-level position for at least six months, or the university will give the graduate another semester of education tuition-free.”

DePauw isn’t the only party that makes a commitment: Students must meet a set of academic, behavioral and other requirements to qualify, and alumni will be expected to step up to help current students.

The article continues, “In many ways, the goal is not a huge lift for DePauw, given the high rate at which its graduates currently launch successfully. Its typical annual graduating class is roughly 500 students, so the five percent each year who don’t land a job or get into graduate school amounts to about 25 people. But by making a highly visible promise -- similar to but distinctive from guarantees that a handful of other institutions have made in the past -- the university and President (D. Mark) McCoy hope to make a statement not about what the institution will begin doing, but what it has been doing all along.”

McCoy tells the publication, “Parents are legitimately concerned about the first job. If we take that issue off the table for you, because we’re so sure it works, we think parents will go, ‘Now I can stop worrying about this, I can give them the best education available,’ which is the liberal arts education.

“This is upping our game on ourselves a little bit,” McCoy adds, “and we have to be prepared to continue to innovate. But mostly this is simply us doubling down on what we do well, and since it does, we’re willing to guarantee it.”

Lederman reports, “DePauw expects alumni to help with internships along the way and positions for graduates who might need employment after graduation, in exchange for reaffirming to them that ‘We’re dedicated to making your institution relevant and your degree worthwhile,’ McCoy says.”