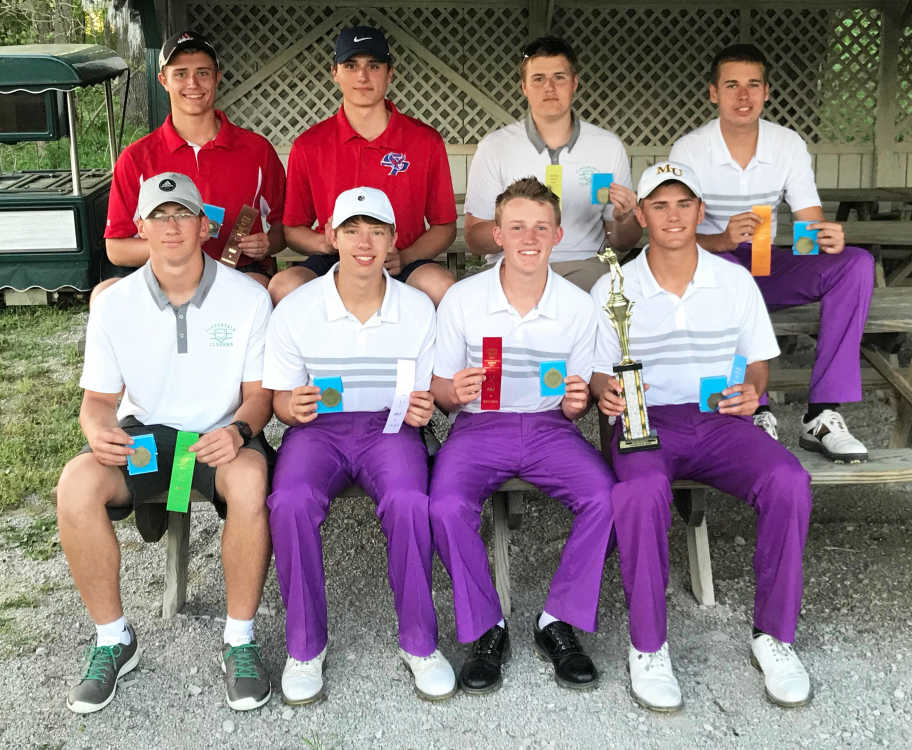 CLOVERDALE — Greencastle’s team and Jake Bennett both defended titles from a year ago on Thursday evening in the Putnam County boys’ golf tournament at Clover Meadows.

The Cubs bounced back from their only defeat of the season on Wednesday in a dual match at Terre Haute South to shoot a 163, defeating runnerup Cloverdale by 22 strokes.

Bennett shot a one-over-par 37 to win medalist honors for the second straight year.

“We had a pretty good day,” Greencastle coach Steve Paquin said. “We had an altered lineup, but we will have our full lineup for Saturday [in the Western Indiana Conference meet]. Our putting still needs some work, and most of the guys missed putts they should have made.

“The greens were playing a little bit slow,” Paquin added. “I saw a lot of good shots from our guys, and from guys on the other teams. It was a good night.” 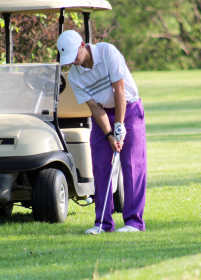 Kyle Tesmer of Greencastle was sixth overall with a 44, while South Putnam’s Moritz Scholl and Ryan Neumann tied for seventh place with 45s to complete the all-county team.

Cloverdale shot a 185 to finish second in the team standings, while South Putnam was third with a 193 and North Putnam was fourth with a 226.

Cloverdale coach Doug Wokoun and his team enjoyed the beautiful weather on Thursday.

“It might have been the best day of the spring so far,” Wokoun said. “The staff had the course in excellent shape, and it was a great day for Putnam County golf.

“Drew had a decent round, but ran into some trouble a couple of times,” Wokoun added. “He persevered and finished well.”

Wokoun had been anxiously waiting for Miller to shine as he did on Thursday.

“Jason played the round we were all waiting for,” he said. “He is a capable player and finally put together nine holes. I was very happy for him and glad to see him have success. His effort was a needed complement to what Drew has been doing for us.”

Wokoun’s other players had up and down rounds.

“Michael [Holsapple] and Wyatt [Helterbrand] both had some good stretches during the round, but battled consistency issues,” he said. “They both felt they could have scored better, which is always a good thing. If they can see the places they need to clean up, they will get that done.

“Tyler [Harrison] had a very rough start, but did some things well as the round progressed,” Wokoun added. “It is still an issue of consistency for him as well.”

Wokoun had praise for the meet’s medalist.

“Jake Bennett played an excellent round of golf,” he said of the future Marian Knight. “He has worked very hard and is a very deserving champion.”

Cloverdale (7-6) and the other county teams will play at Rolling Meadows on Saturday in the WIC tournament.