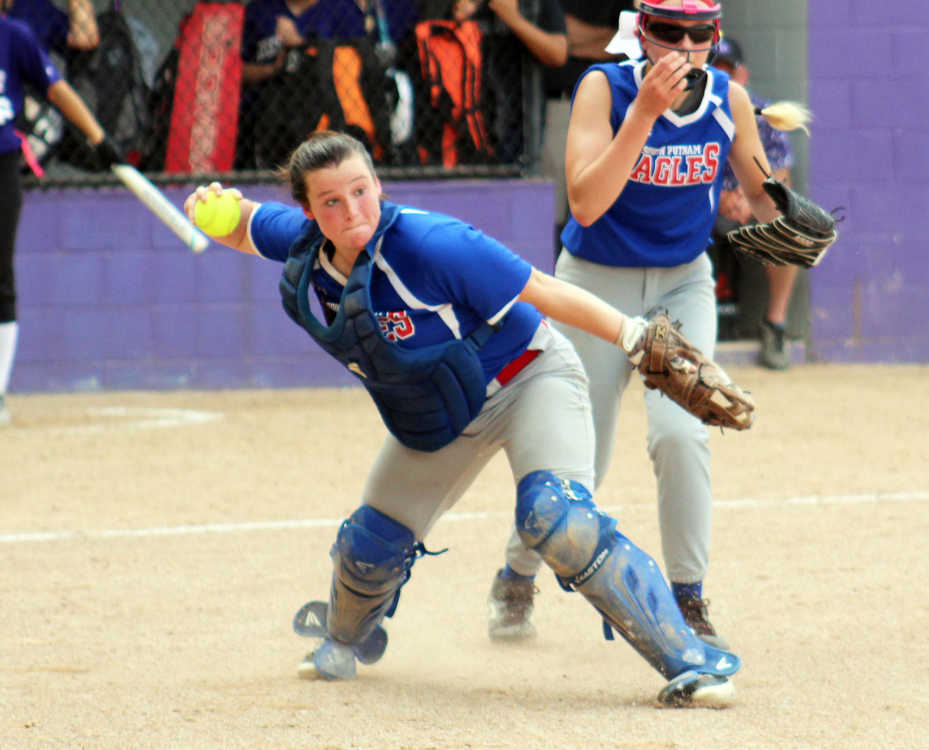 Greencastle and South Putnam met for the second time in less than a week on Tuesday night in high school softball, with much more on the line this time around — a berth in the sectional semifinals.

South Putnam jumped out to a 3-0 lead after four innings, but held off a late Greencastle rally and escaped with a 3-2 victory.

The Eagles will now play North Putnam in tonight’s second semifinal game, while Cloverdale and South Vermillion meet at 5:30.

The finals are Thursday.

Helen Eaglin, South Putnam’s speedy leadoff hitter, beat out an infield single in the bottom of the first inning, stole second and came home on an RBI single by Alex Steffy to put the Eagles ahead stay — but the game was far from over.

Greencastle had stranded two runners in the first inning and did likewise in the second inning. The Cubs also stranded a runner at second base in the third inning.

South Putnam added to its lead in the bottom of the fourth by producing a pair of runs from the bottom four spots in its order.

Drew Steffy led off with a single, and one out later Bree Mahoney-Sutherland also singled. Chloe Custis added another single to bring home steffy, and Mahoney-Sutherland scored on another Alex Steffy RBI single. Custis was thrown out at the plate trying to extend the lead.

The Tiger Cubs finally got some run support for pitcher Julia Mundy in the fifth inning. Brittany Ricketts and Layna Robinson began the rally with singles, and Mackenzie Woodall walked to load the bases. 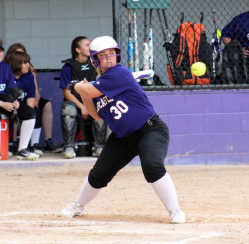 Greencastle's Kenzie Horton has her eye on the ball against South Putnam on Tuesday.
Banner Graphic/JOEY BENNETT
Order this photo

Mundy then hit into a fielder’s choice, with pinch-runner Shay Baker-Watson being forced out at the plate. Kenzie Horton followed with a sharp single to score both Robinson and Woodall, and the Cubs trailed just 3-2.

South Putnam pitcher Briona Egold was able to coax Ivy Wright to hit into a fielder’s choice and get Anna Chavez to ground out to end the threat.

Mundy sat the Eagles down in order in both the fifth and sixth innings, and Egold sat Greencastle down 1-2-3 in the sixth.

Robinson walked to lead off the top of the seventh inning, becoming the potential game-tying run, and advanced to second on a Woodall groundout. Mundy singled to send Robinson to third, but Horton hit a grounder to second that Drew Steffy fielded, tagged out Mundy and threw to first base for a double play to end the game in dramatic fashion.

Greencastle coach Tabby Briones lamented her team’s inability to produce at the plate in clutch situations.

“We have one of the best pitchers in the state [in Mundy],” she said. “She was outstanding, and I wish our hitting could step up to the challenge. South did a good job of putting the ball in play and hitting some gaps, and those are things we didn’t do.

“I feel in softball that it’s a mental game, and if you’re not mentally prepared then you’re not going to show up,” Briones added.

South coach Jamie Steffy knew his team had a tough job against Mundy and the Cubs, and was glad his team was able to get just enough clutch hits off the hard-throwing lefty.

“We are facing a really good pitcher in Julia Mundy,” he said “We knew coming in that she’s really good, and we had to have something big happen for us early and we did that.”

Steffy again credited his team’s defense, which did not commit an error in its biggest game of the season.

“This team will hit the ball, and we will get good pitching,” Steffy said. “It’s just about whether we field the ball well or not. We still haven’t lost when we’ve made three or fewer errors.”

Steffy’s youthful team, starting five freshmen, came up big in their first sectional outing. Alex Steffy (two RBI) and Custis (one) drove in all the team’s runs, while Drew Steffy and Mahoney-Sutherland scored two of the team’s three runs.

Egold, yet another freshman, calmed herself down to escape the fifth inning with less damage than could have happened.

The Eagles will now face North Putnam, a team they defeated 11-0 on a cold day in early April.

Steffy knows his team has to be ready for the challenge of battling standout Cougar pitcher Chloe LaPierre.

“We take it one game at a time, and we talk about playing our best softball at this time of the year,” he added. “I think we are, and we‘ll come back ready to play again today].” 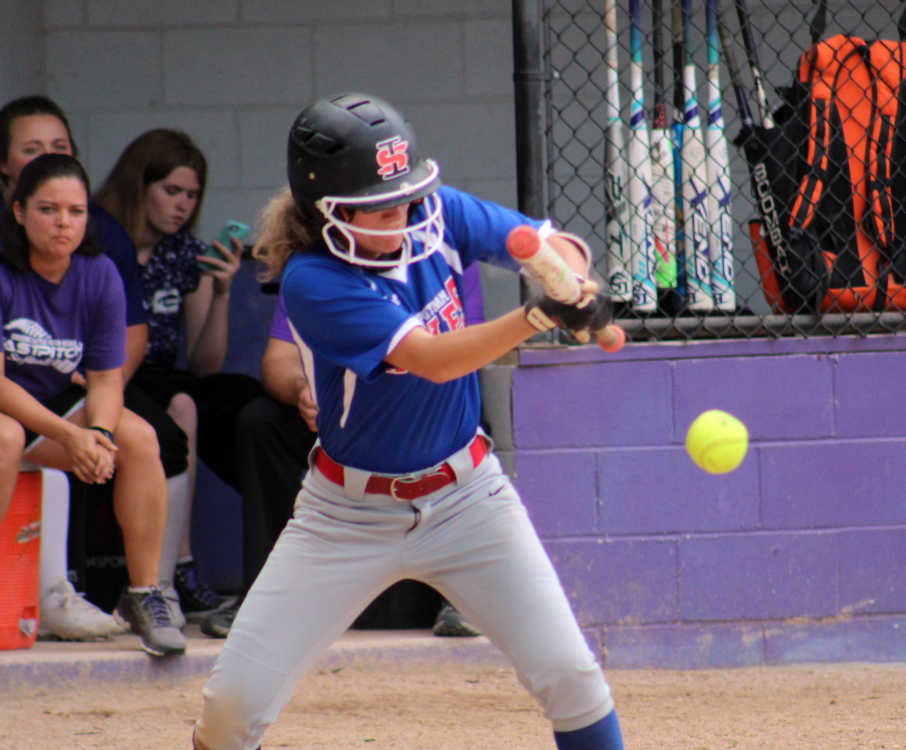