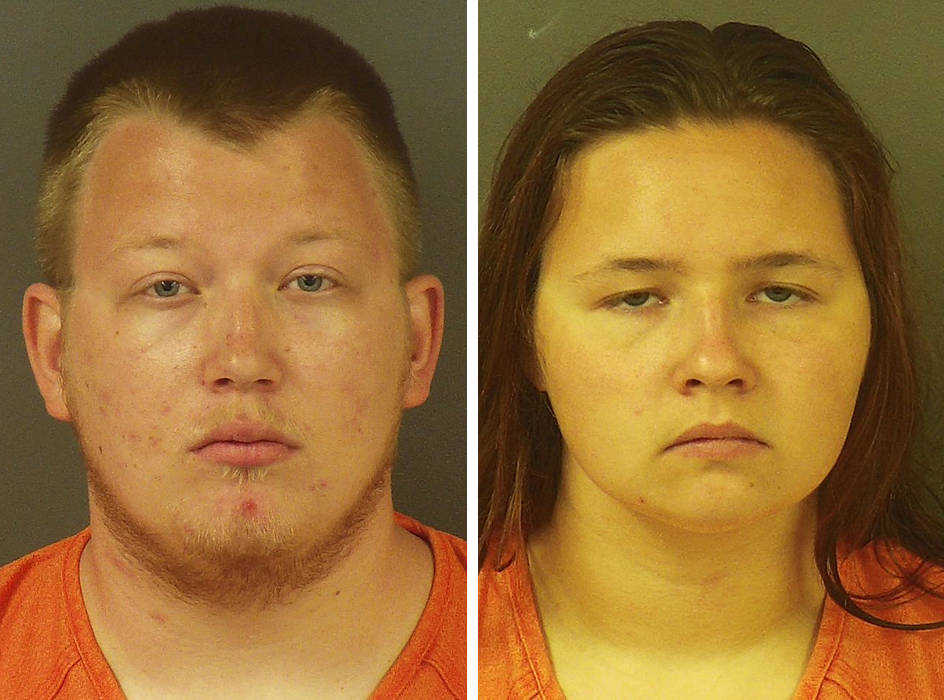 CLOVERDALE — A pair of young adults are lodged at the Putnam County Jail after a failed alleged attempt to sell drugs to children on a playground.

Around 5:30 p.m. on Monday, a mother called Putnam County Dispatch saying two adults were trying to sell pills and marijuana to her children, who were on the playground near the Stardust Hills clubhouse.

The youngest child is only five years old.

Cloverdale Town Marshal Steve Hibler told the Banner Graphic he was “right around the corner” and was on the scene within moments.

He arrived to find the mother pointing across a field at the two adults.

“Usually when you get a 911 call like that, by the time you get there, the people have already walked away,” Hibler said.

Hibler added that Deputy Marshal Levi App was also on the scene within 15-30 seconds of his arrival.

The officers confronted the two adults, later revealed to be 20-year-old Drake Carmine Best of Plainfield and 18-year-old Erica Rachelle Souders of Cloverdale.

Hibler said that when asked, Best voluntarily produced a bag of pills. Souders then adjusted her pants and a vial containing marijuana allegedly fell out.

The marshal stated further that when advised of his Miranda Rights, Best said he was “just trying to make some money.”

Hibler also added that Best has a bit of history with the Cloverdale Police Department, as he has been accused of harassing Souders’ family members and has a no trespass order on their property.

As of early May, Souders was listed as a member of the Cloverdale High School class of 2018, which is set to go through commencement exercises on Saturday.